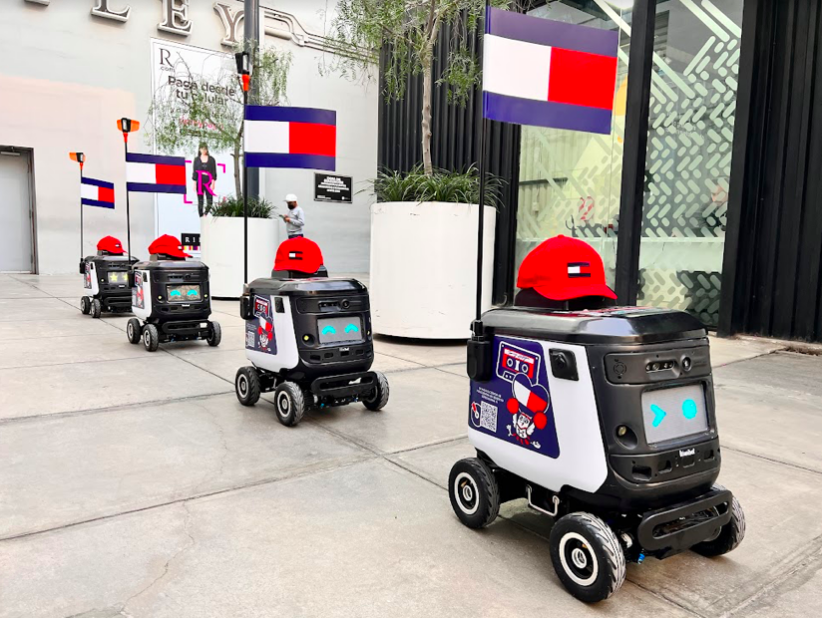 Kiwibot, the Colombian robot delivery startup recognized for its fleet of over 1,200 robots— reaching over 200,000 food deliveries in cities across the U.S.—is now coming to Peru to develop a completely different initiative: Advertising with robots.

While retailers can target and engage with customers online, brands have long struggled to measure and convert foot traffic. Outdoor billboards, banners, and screens are static, which have become a complacent way to try and grab people’s attention. For one, people must approach or pass by billboards to even see an ad, but also, advertising like this has become so saturated in the surrounding environment that oftentimes people no longer pay attention to them.

According to the company, Kiwibot aims to change the traditional and antiquated outdoor advertising ways in Peru and replace them with an innovative and dynamic experience using their proprietary autonomous robots. 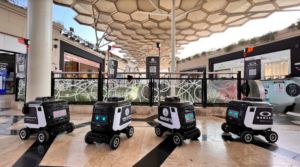 “With our Kiwibots, we want to change that logic,” said David Rodriguez, director of Strategy and Business at Kiwibot. “The ads will go autonomously and safely, finding people along the way, interacting with them, and thus increasing the number of impressions for engagement.”

The pilot will take place at the Jockey Plaza shopping mall in Lima.

The Kiwibots will promote brands and interact with customers to transform the customer experience, increase sales, and lead the future of smart retail, the company says.

After the pilot, Kiwibot aims to expand to other cities and public places like airports, trade shows, stadiums, festivals, metro stations, and other high-traffic areas.

Without a doubt, robots are a novelty in Latin America that generates much curiosity in people.

In recognition of this, Kiwibot’s robots are designed to look adorable to promote a good relationship between citizens and robots.

The novelty of the interaction represents a significant opportunity for advertisers who struggle to measure the impact and ROI of their offline marketing efforts.

With the technology Kiwibot is developing, advertisers will not only have better engagement but be able to receive important data in measuring campaign performance. This will include the number of people who interacted with the ad, impressions achieved, and conversions and sales generated. 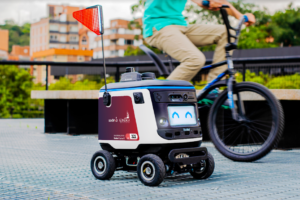 Outdoor advertising is any advertising you are exposed to offline or outside of your home and is one of the oldest forms of advertising worldwide. While these ads have been around for several decades, they are now becoming more relevant than ever, thanks to new technologies, which are far more capable of capturing customers’ attention. This has resulted in the projection that the global expenditure on outdoor advertising will amount to 42.4 billion U.S. dollars by the end of 2024.

In lieu of this, many other robotic companies are expected to come after Kiwibot’s trailblazing segment. One of which is Cheetah Mobile, an AI-driven robotic company that has deployed more than 7,000 robots in nearly 1,000 shopping malls in China to recommend relevant brands, stores, products, and discounts to customers.

Another robotic company diving into advertising is Refraction AI, which partnered with the digital advertising platform SKOOP to turn its delivery robots into digital billboards.

The growth of outdoor advertising with robots won’t be slowing down anytime soon, especially since things like billboards have only been accessible to big businesses. However, this new way of advertising will allow smaller local Peruvian brands to reach a wider audience, achieve higher interactivity rates, and create brand awareness in a completely different way.

Disclosure: This article mentions a client of an Espacio portfolio company.

Peru promises to build 32,000 thermal homes for people in the frigid Andes