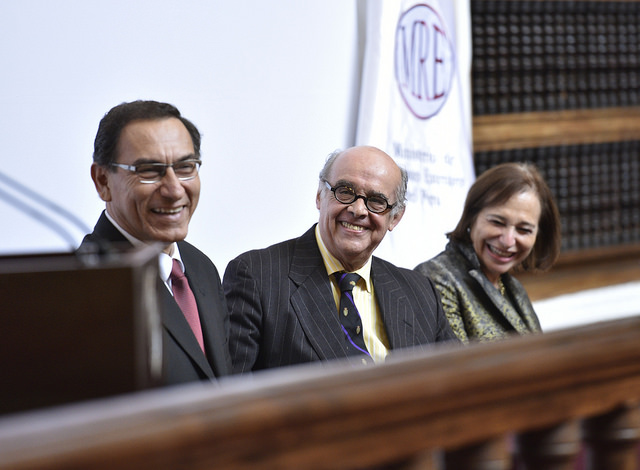 In the first weeks of his presidency, Martín Vizcarra has impressed a majority of Peruvians, according to a Wednesday poll from Pulso Peru.

After polling 1,200 people across Peru, the highest amount of Vizcarra supporters come from the north of the country (65 percent), a largely neglected region where Vizcarra has promised increased rebuild efforts that left locals’ lives and infrastructure in shambles after the 2017 El Niño storm.

Maybe most significantly, 70 percent of those polled said they believe Vizcarra’s administration will be different than that of Pedro Pablo Kuczynski. The new president clearly has hit a chord with the Peruvian people in his constant declarations against rampant corruption amongst government officials. At the end of his tenure, Kuczynski’s approval rating had fallen to as low as 17 percent.

Keiko Fujimori of the Popular Force opposition party still remains one of the most unpopular politicians in Peru as she is marred by a 74 percent disapproval rating, a dip in her approval that may have something to do with the falling out she had with her equally unpopular brother and former political ally Kenji.

Vizcarra will have a chance to receive wider fawn from the region this week as the Summit of the Americas begins Friday in Lima, and the new president is sure to have a key role in the middle of corruption talks.