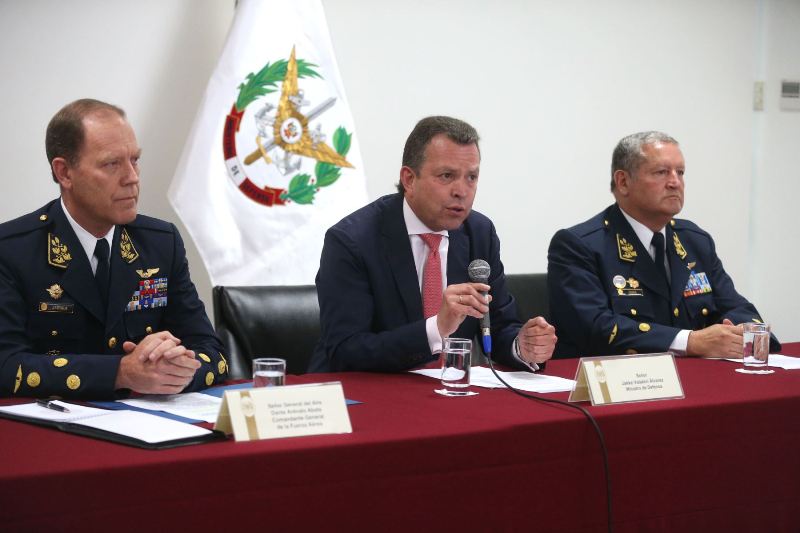 Three members of Peru’s army have been arrested for selling military arms including grenades.

Defense minister Jakke Valakivi announced yesterday that one officer and two non-commissioned officers have been arrested for allegedly running an arms-trafficking ring which sold ammunition and grenades.

According to Valakivi, a recent inventory count of arms in all of Lima’s military bases found fraudulent documentation of ammunition transferred from the Cruz de Hueso armory in San Bartolo, the military’s munitions warehouse hub. A shipment of ammunition which did not arrive to military schools in Chorrillos and Lima led investigators to the three accused soldiers.

“We deeply regret that bad elements can form a network of corruption and illicit arms trafficking,” said defense minister Jakke Valakivi. “It is important to identify these bad elements that stain the uniform and reputation. We cannot allow these people to stay in our institutions. We must identify and punish them with the full weight of the law.”

In addition to the three suspects, the defense minister said the army has five collaborating witnesses. At the moment it is not known how many grenades or how much ammunition disappeared, or how many more soldiers were involved.

Former defense minister Roberto Chiabra told El Comercio that the crimes could be treated as treason, which carry a criminal penalty of life in prison.

Peru’s law enforcement and military authorities coordinated a crackdown on the black market for grenades after a police officer was killed in Lima last week. Police arrested a former police officer after a raid on his home yielded 53 grenades and the military ordered a barracks lockdown for an inventory count.