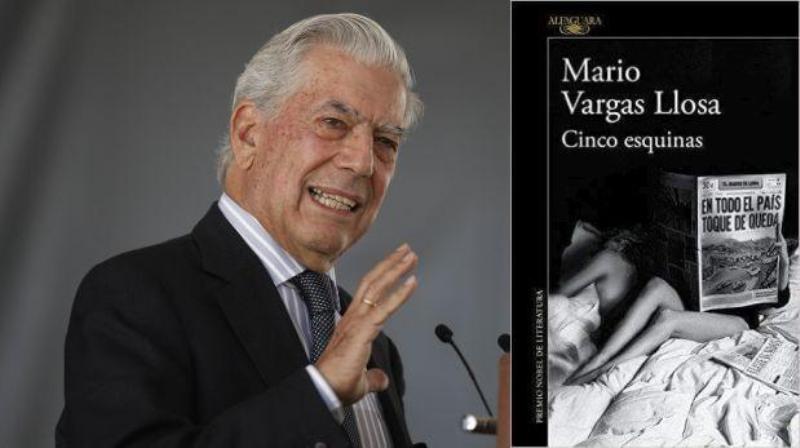 “Five Corners,” the next novel by Peruvian author Mario Vargas Llosa, deals with corruption and fear during the 1990s government of former President Alberto Fujimori.

Vargas’ new novel will create a panorama of characters from Peru in the 1990s to depict the corruption of the Fujimori government, the sensationalist journals and the feeling of insecurity before the Shining Path guerrilla violence.

The story begins with the editor of a tabloid newspaper who looks to embarrass a mining engineer with compromising photos. The title is inspired by the dangerous Cinco Esquinas neighborhood in downtown Lima’s Barrios Altos district where the novel is set.

“The same streets and alleys seem to be the same from when I was young, and they have deteriorated, littered with trash and a kind of sub-humanity, with very marginal people who have given up hope,” Vargas told El Pais, implying an allusion to journalism in Peru in the 1990s.

“They are journalists who represent the most degraded form of journalism, which is gossip and sensationalism,” Vargas said. “This is a novel that has much to do with this contemporary subculture which is so universal because it is shared by the developed and the developing world. There is almost no culture or language that does not have that gossip and scandal journalism. That this kind of journalistic underclass emerges from the rubbish the miserable Cinco Esquinas makes sense.”

Penguin Random House will publish the novel in Spanish on March 3. The cover, released on Wednesday, features two women in bed reading a tabloid with the headline, “Curfew throughout the country.”

Vargas’ novel will be released just one month before 2016 elections in which former President Alberto Fujimori’s daughter, Keiko Fujimori, holds a comfortable lead in opinion polls and defeats all potential challengers in hypothetical runoffs. Vargas, who was defeated by Alberto Fujimori in the 1990 presidential election and has endorsed Pedro Pablo Kuczynski, has called Keiko Fujimori the “daughter of the dictator.”