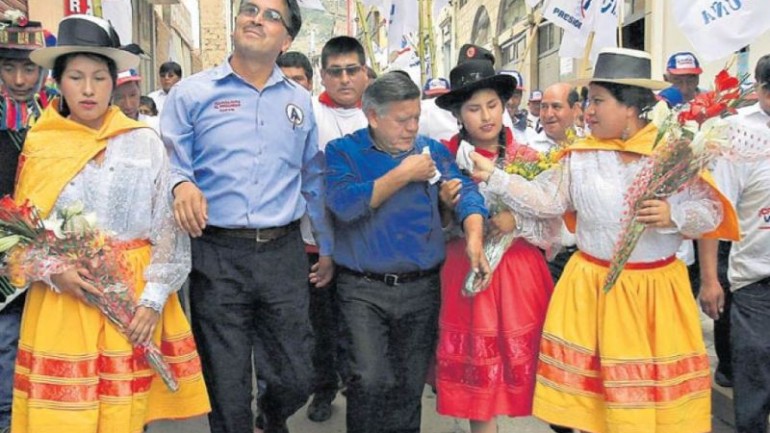 As Acuña and a group of supporters marched through the streets of Huanta, the presidential candidate in a statistical tie for second place was hit with an egg thrown from the second floor of a nearby house.

“Omar Quesada’s brother threw the eggs at me,” Acuña told El Comercio, referring to the APRA secretary general and former mayor of Huanta. “I will name names. But despite that egging, there will be more votes than toasted corn,” Acuña added, alluding to his “money like corn” tagline.

Acuña had just arrived to Huanta via helicopter in the city’s stadium before  proceeding to the downtown plaza, where he was introduced by retired military general Edwin Donayre.

Acuña vowed to hire 5,000 people into government jobs every year in order to take part in the country’s development. Acuña also promised to launch state programs to train and promote the production and export of key products like avocado.

“We will invest the $5.8 billion in the state coffers to boost the economy,” Acuña said.