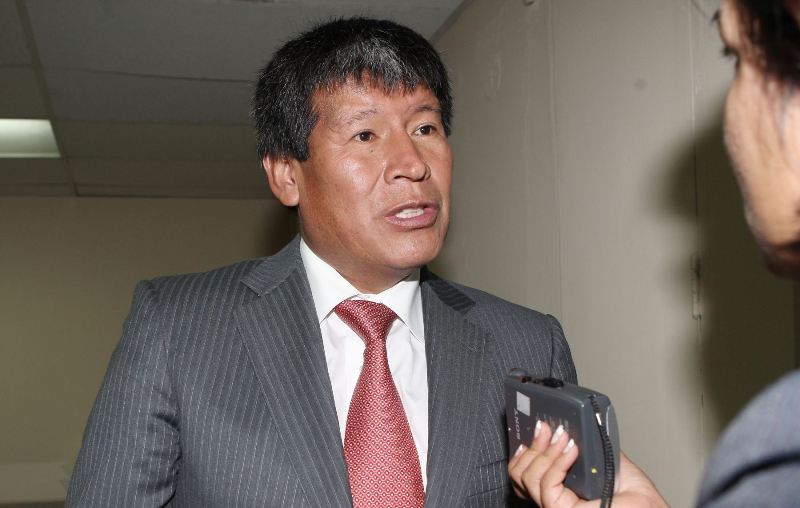 Former Ayacucho governor Wilfredo Oscorima was arrested in the Miraflores district of Lima after more than nine months on the run from corruption charges.

The former governor who built a fortune in the Lima casino business was arrested at his dentist’s office in Miraflores this morning. Police say a citizen motivated by the $15,000 reward for Oscorima’s capture alerted them.

“This situation provides a clear idea of how the legislation establishing rewards to promote and achieve the capture of terrorists and members of criminal organizations … had its first success,” Lima police chief Cesar Gentille told Andina. “And we expect that others will be apprehended in the coming days, with the help of cooperating citizens whose identity will remain anonymous.”

Gentille added that Oscorima offered the arresting officers $30,000 in cash to let him go.

The reward scheme for confidential informants was passed in July of last year as part of a series of measures taken by President Ollanta Humala to combat rising crime, including the controversial “geotracking” law which requires telecommunications companies to give users’ locations to police.

Oscorima went into hiding last June after being sentenced to five years in prison for irregularities in purchasing heavy machinery as Ayacucho governor. He was also given $400,000 in fines. Prosecutors say that, during a state of emergency declared because of heavy rains, Oscorima took advantage of the suspension of normal purchasing to buy over $6 million of tractors from a friend’s company.

After Oscorima was removed from office, he was succeeded by deputy governor Victor de la Cruz. However De la Cruz was ultimately prosecuted for charges stemming from the machinery purchase and sentenced to prison as well. Cruz was succeeded by Julio Sevilla.