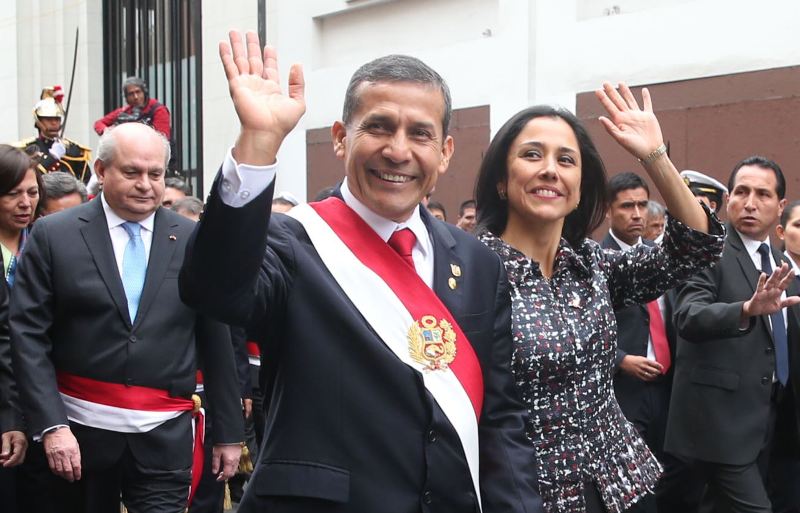 Some observers have attributed President Ollanta Humala’s veto of a century-old extradition treaty with France to corruption investigations of his wife.

The treaty was signed in February 2013 by Humala’s then-foreign minister Rafael Roncagliolo and his French counterpart, Laurent Fabius. The new treaty was set to replace the 1876 version which listed crimes including piracy and mutiny.

“It has been determined that the document contains elements that need to be clarified,” reads a statement from Humala and Cabinet chief Pedro Cateriano to congressional president Luis Iberico.

Humala’s refusal to enact an extradition treaty which was signed off on by his own justice ministry as well as the attorney general’s office has led his political opponents to speculate about his motivations. Many allege that the president is developing a strategy to avoid possible consequences of the money-laundering investigations into first lady Nadine Heredia and the Peruvian Nationalist Party.

“Behind the refusal to enact the treaty with France is the escape plan of Ollanta Humala and Nadine Heredia,” APRA party spokesman Mauricio Mulder said on RPP. “Plain as day.”

APRA congressman Javier Velasquez told Gestion that, because money laundering is included in extraditable crimes in the new treaty, Humala and Heredia could be looking to avoid the extradition of friends or political allies who committed crimes in France.

While Humala and Heredia lived in France while obtaining postgraduate degrees at Paris-Sorbonne University, most theories did not feature the “presidential couple” fleeing criminal charges to live in exile.

However El Comercio journalist Cecilia Valenzuela wrote in her column that one plan could be to use Humala’s mother, Italian citizen Elena Tasso, to obtain Italian residence for the president and first lady. Residence is approved within six months, faster than the extradition process. So the couple could hypothetically enter the Schengen area and live in France to avoid justice in Peru.

Valenzuela notes that Heredia had purchased an apartment in Paris through her longtime friend, Cristina Velita, who served as ambassador to France in Humala’s government for three years.

The timing of Humala’s veto on Jan. 1, a federal holiday and notoriously slow time in Peru, has exacerbated critics’ suspicions that he would try to kill the treaty when the country is not paying attention.

“I completely understand the suspicions, even more so in an election season like we are now,” justice minister Aldo Vasquez said on Canal N. “The government has never said that the treaty [won’t be signed]. He has not been disqualified from the treaty … What we have said it is that there are elements that require clarifying.”