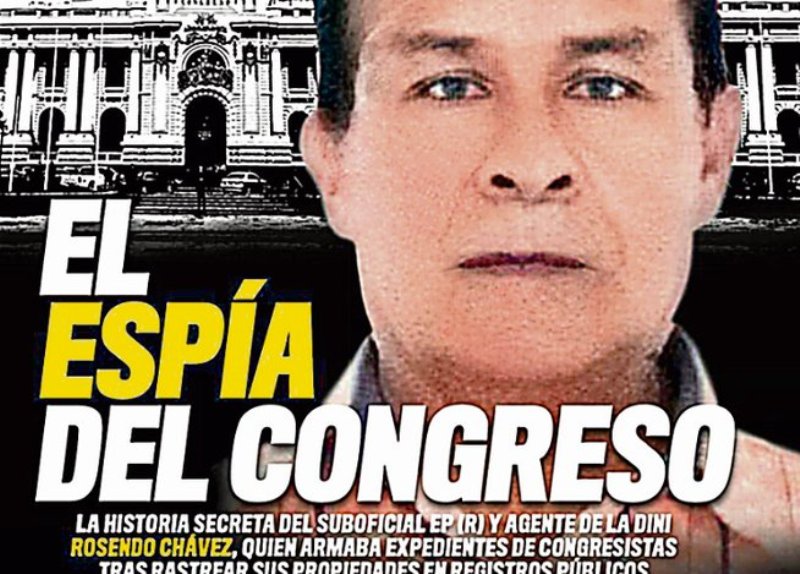 El Correo revealed yesterday that a top official at DINI, Peru’s intelligence agency, conducted over 100,000 data searches since February 2011 to amass files on over 1000 Peruvians. The files include information on personal property, health records, business filings and more.

The information was gathered and organized by Rosendo Chavez, who began his career in intelligence after a career in the military. The searches began during the administration of former President, Alan Garcia. When Ollanta Humala took office, he appointed a colleague from his graduating class in the military, Victor Gomez, and the data collection noticeably increased.

“Since August 2011, Mr. Chavez began to monitor my assets and those of my family, including my mother, my children, my father-in-law, brothers- and sisters-in-law and even my nieces and nephews,” said opposition congressman, Victor Garcia.

Some members of congress have said that basic information files are a regular practice in the intelligence services. But former director of intelligence, Juan Velit, told Correo that the practice is illegal. “What they are doing is investigating people who could pose a threat to the government in power, and that is clearly a flagrant offense for an intelligence service.”

In response to the allegations, prime minister Ana Jara announced today that she has dismissed the top management at DINI, including executive director Ivan Kamisaki, director Javier Briceño and counterintelligence director Mauro Castañeda.

In a tense congressional hearing that started at 7:50 p.m. and lasted over seven hours, Jara insisted that the President’s government also wanted to know why DINI collected this information. “The public prosecutor and intelligence reorganizing committee will determine why information searches were conducted on these people, which public official ordered [the searches] and who was the final recipient, or what was done with this information that should not have been released.”

Peruvian politicians and the public have been sensitive to intelligence overreach since Alberto Fujimori’s administration. Fujimori’s intelligence chief, Vladimiro Montesinos, used his office to intimidate and control political opponents and the media. Both Fujimori and Montesinos are currently serving prison sentences.