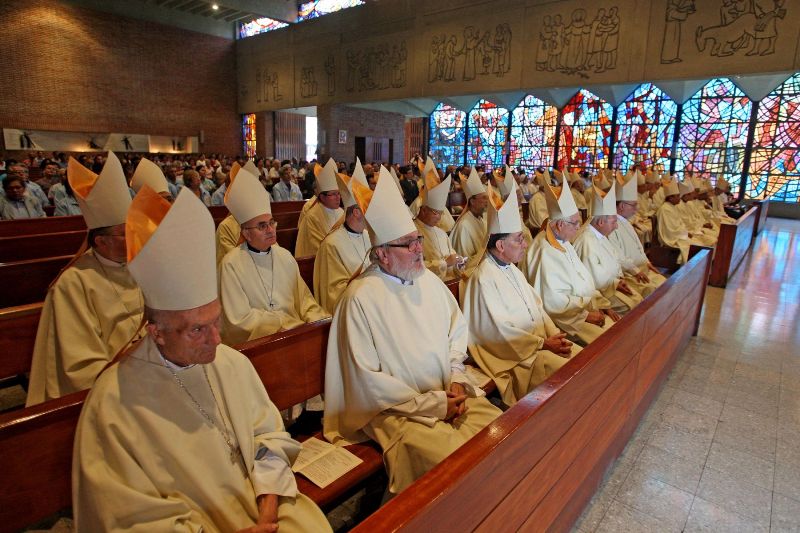 Peru’s conference of bishops has issued a statement to override recent condemnations of specific presidential candidates by regional bishops.

A controversy emerged with less than two weeks before Peru holds general elections when bishops from two different regions traded jabs at their own ideas of the worst presidential candidates.

“Alfredo Barnechea and Veronika Mendoza have openly said that they favor abortion and gay marriage,” Arequipa Archbishop Javier del Rio told a crowd at Easter Mass. “A Catholic cannot vote for those candidates. It’s a sin!”

The government plans of both Barnechea and Mendoza call for legalizing abortion in the case of rape as well as civil unions which would give gay couples the same legal benefits as married couples.

On Wednesday Chimbote Bishop Emeritus Luis Bambaren countered that Barnechea is “naturally a good candidate,” and that he would never vote for frontrunner Keiko Fujimori. The former president of the conference of bishops cited widespread corruption in the government of President Alberto Fujimori.

In order to quell confusion among the country’s Catholics, Peru’s Episcopal Conference issued a statement which seems to clarify that the Church does not endorse or condemn any specific candidate.

“The Church respects and promotes the freedom of each person in exercising this civic duty,” reads the statement, adding that laymen should choose a candidate free of corrupt influences who offers realistic proposals and is committed to a “total defense of life and the caring of creation.”

While del Rio singled out Barnechea and Mendoza, both Fujimori and investor-favorite Pedro Pablo Kuczynski have also expressed support for civil unions in the past before backing off during the election cycle. The latter has also supported abortion in the case of rape.

According to a 2007 census, over 81% of Peruvians are Catholic with most of the remaining 19% belonging to Protestant denominations. While Peru guarantees the freedom of religion, Catholicism is taught in schools and the state pays the salaries of dozens of top Catholic officials. Loopholes in Peruvian law provide tax exemptions for the Catholic Church which other religion organizations do not receive.

The Arequipa archbishop’s comments came two weeks after the annual March for Life protest in Lima, in which at least 60,000 demonstrated their opposition to abortion.

Peru Bishop: vote for two presidential hopefuls would be ‘a sin’ (Reuters)