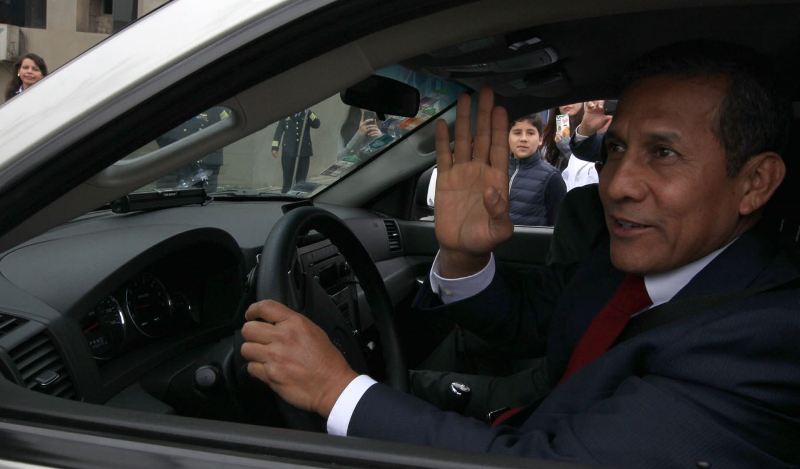 The news that prosecutor German Juarez had officially included Humala in his investigation into the Peruvian Nationalist Party finances did not come as much of a surprise given first lady Nadine Heredia has been investigated on and off for almost two years.

In a judicial request to access the former president’s bank accounts and tax returns dating back to 2009, Juarez outlined his case that Humala used the party to launder illegal political contributions in order to buy real estate and finance personal spending and international travel. Prosecutors believe the money came from Venezuela under the late Hugo Chavez, illegal mining and the Brazilian firm Odebrecht.

The news comes two weeks after Humala was subpoenaed to testify about his government’s awarding in 2014 of a contract to build the Southern Gas Pipeline to Odebrecht and Spanish gas company Enagas. Odebrecht has since been embroiled in the Carwash scandal, a multi-billion-dollar graft scheme in Brazil.

In June a judge barred Heredia, her brother and Calderon from leaving Peru and changing residence until the investigation is complete. Prosecutors are seeking $3 million in fines for each of the defendants.

Juarez will focus his investigation on real-estate purchases made by Alarcon, credit-card purchases made abroad by Calderon for Heredia and how all of them figure into Heredia’s ledgers.

“Former President Ollanta Humala will appear before the attorney general because he has nothing to hide and the truth will come out,” former interior minister Fredy Otarola told Andina. “There are no dirty tricks, wiretaps or other blatant acts of corruption. The Nationalist Party is ready for difficult times. We are a big party and we will be a contender in 2021.”