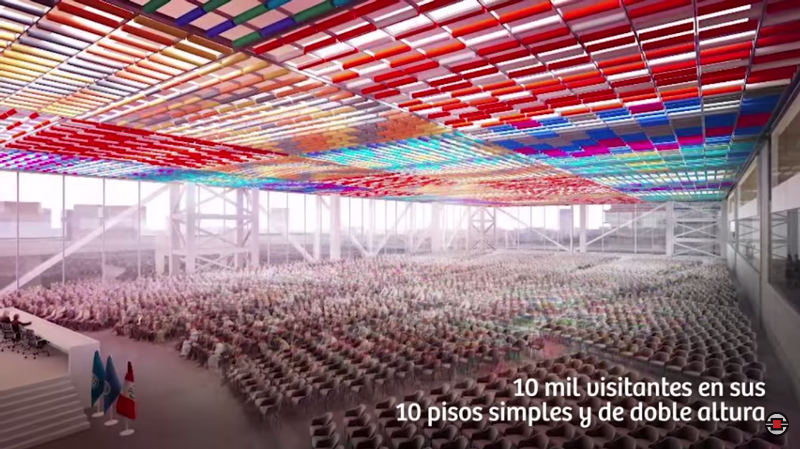 According to the president of the Convention and Visitors Bureau for Latin America, business tourism generates three times as much revenue per guest as leisure or traditional tourism due to business travelers’ preference for higher quality services and more investment from convention organizers.

Business tourism makes up 22% of global tourism expenditure, of which Latin America captures 13%. The region grew 6% last year because of increasing interest in Latin America.

“We want to position Peru as a great destination for convention tourism. To do that we are promoting awareness of our tourist sites as a new alternative in the market with advantages that add value,” tourism minister Magali Silva said. “While we know that we are improving, we know we have to continue investing and focus our resources to position Peru in the world market for conventions.”

She underscored that important factors for attracting conventions are infrastructure, incentives, events and services to help organize the conventions. One key infrastructure improvement in Lima will be the second line of the Metro light rail, which will connect the airport to the rest of the city by 2020. Lima is also conveniently located within Latin America for conventions drawing attendees from Mexico and Argentina.

The $170 million Lima Convention Center will open in August. The ten-story building in San Borja capable of accommodating 10,000 people will feature 22 conference rooms and over 100,000 square feet.

In October, Lima will host the 2015 annual meeting of the World Bank and the International Monetary Fund.

According to the International Congress and Convention Association (ICCA), “Business tourism is the provision of facilities and services to the millions of delegates who annually attend meetings, congresses, exhibitions, business events, incentive travel and corporate hospitality.”