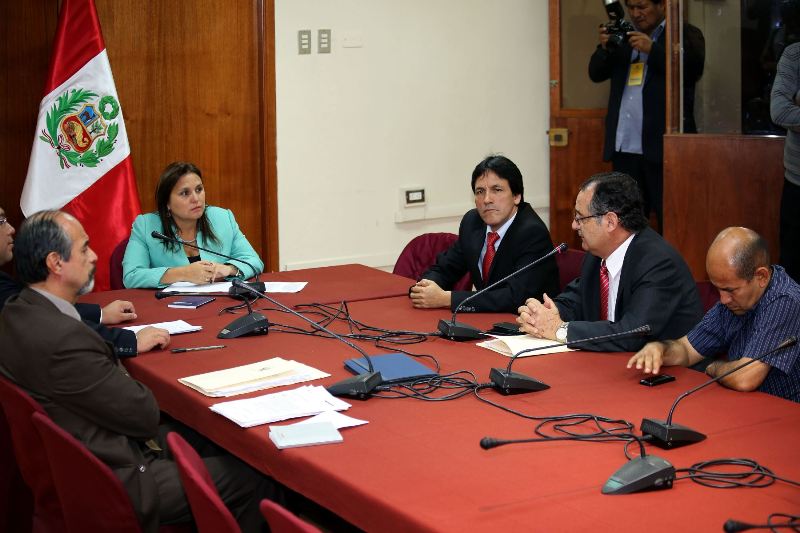 The Belaunde commission issued its report which completes seven months of work since being formed in December, when political racketeer Martin Belaunde was still a fugitive.

“Martin Belaunde built a network of contacts which he used to obtain economic benefits for Antalsis,” reads the first point in the final report, referring to Belaunde’s political consulting firm which obtained lucrative public works deals for various construction firms and other companies.

Marisol Perez, commission president and congresswoman from the conservative Popular Christian Party, gave a press conference detailing the findings of the report. She highlighted suspicious consulting contracts into palm oil which Heredia received from Belaunde via Centros Capilares, a company which had no revenue to pay consultants, and added that Belaunde testified before the commission that the contracts were forged.

Perez also mentioned the Todo Graph company which was allegedly used to funnel Nationalist Party campaign contributions to Heredia’s personal bank accounts. The sale of company stock by Ilan Heredia, the first lady’s brother, to one of their cousins was not processed by banks and denied by company founder Jorge Chang.

The report was approved by four votes to two and signed by committee members from the Popular Christian Party, Popular Action, Popular Strength and Apra political parties.

Two votes against came from Nationalist Party members Teofilo Gamarra and Possible Peru member Renan Espinoza, each of whom declined to sign the report.

“[This report] aims to tarnish the honor of the party president in a smokescreen to cover more serious scandals such as ‘narcopardons’ and Lava Jato cases, which implicate former President Alan Garcia,” said Nationalist Party spokesman Teofilo Gamarra, referring to investigations into bulk pardons of drug traffickers and alleged corruption stemming from Brazilian state oil firm Petrobras during the administration of the Apra party leader.

Perez added that the habeas corpus recently granted to Heredia does not have jurisdiction over the commission’s recommendation to open new money laundering investigations.

While various legal experts have criticized the judge’s decision to close the investigation led by district attorney Ricardo Rojas, the Belaunde commission’s report is based on substantial evidence and testimony previous investigations did not have access to.

Attorney general Pablo Sanchez’s public ministry will decide whether to investigate the first lady and the other recommendations from the report.

Martin Belaunde was the campaign manager for President Ollanta Humala’s failed election bid in 2006. He later presided over the La Centralita corruption scandal in Ancash under governor Cesar Alvarez while garnering public contracts for various other clients. He fled to Bolivia last December before being extradited to Peru in May.