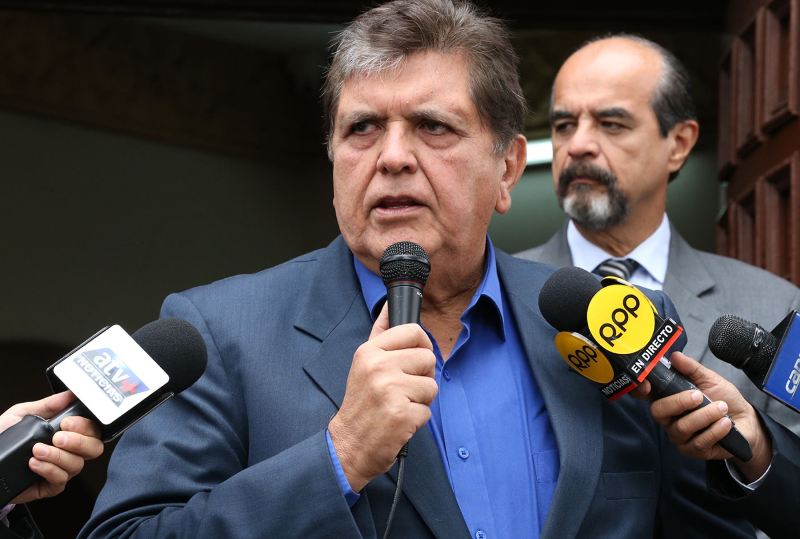 Last Monday Garcia announced his plan for governing on his Twitter account. By the end of the week, the APRA party leaders have downplayed the “Bicentennial Peru Plan 2016-2021” as a simple work in progress.

Party politicians are reacting to a media outlets’ discovery of certain sections which contain text identical to parts in other platforms, the most embarrassing of which comes from the President Ollanta Humala’s 2011 platform from the Peruvian Nationalist Party.

“Anybody who has included text without mentioning its source in any working document for the party will be immediately removed,” Garcia tweeted as the controversy unfolded.

The scandal began when culture ministry official Felix Lossio posted to his private Facebook account a side-by-side comparison of the APRA platform’s plan to promote the arts in Peru and the culture ministry’s current plan.

“To encourage artistic creation and develop artistic activity in various fields as well as promote the productivity and competitiveness of all actors who are directly linked to artistic creation,” reads a paragraph identical in both documents.

After Lossio’s post, the Peruvian news website Altavoz ran APRA’s platform through a text-analysis software and found that 32% of the document’s content is identical to sections of other documents. Parts of Garcia’s plan to tackle crime are identical to the Mexican government’s counterpart from 2014.

After Altavoz published its piece, El Comercio performed a similar analysis and found copy identical to the mining and energy ministry’s rural electricity plan from 2009, when Garcia was president.

“It’s not a platform. It’s not an official document. I haven’t seen it, not even the cover,” said APRA spokesman Mauricio Mulder.

“Of course it’s the bicentennial plan, the APRA platform,” del Castillo said. “[Information] is in the world of politics and economics. Is that copying? That is incorporating state policy.”

The blunder comes at a difficult time for Garcia, who was recently surpassed in the polls by Cesar Acuña. When asked who respondents would definitely not vote for, Garcia ranks second only to Alejandro Toledo, with 65% and 68% respectively.

Garcia’s APRA party is increasingly seen as corrupt in the wake of the “narcopardons” scandal, the party’s ties to alleged drug baron Gerald Oropeza and current investigations into state contracts awarded to Brazilian firms connected to the Carwash corruption scandal during Garcia’s government.