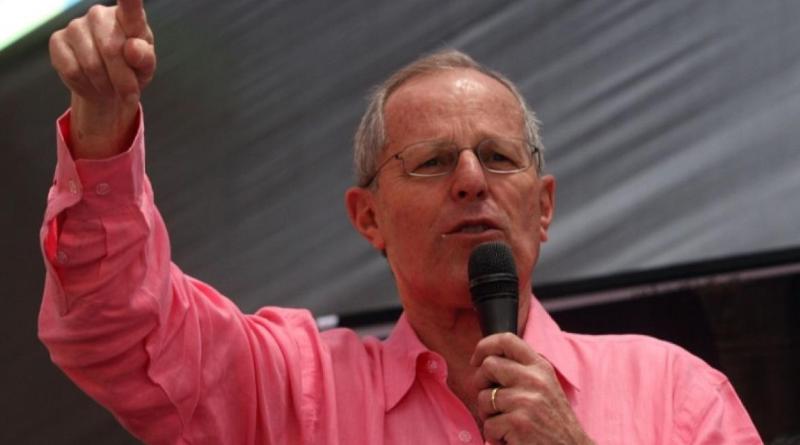 Peru presidential candidate Pedro Pablo Kuczynski has gone on the attack against frontrunner Keiko Fujimori after falling behind in opinion polls in 2016 elections.

After recent polls show Kuczynski losing to Fujimori by three to five points less than one month from Peru’s runoff election, the 78-year-old World Bank economist has gone on the attack. His latest criticism focuses on Fujimori’s recent pledge to negotiate with former Shining Path rebels who now lead opposition movements against large mining projects in Peru.

The issue of former rebels came up in an El Comercio interview with economist Hernando de Soto, who has endorsed Fujimori. When the newspaper asked about a video in which de Soto interviews former Shining Path rebel Jorge Durand, who served 10 years in prison for publishing the Shining Path newspaper, El Diario.

De Soto explained that there are three kinds of former rebels. The first kind have organized drug trafficking in the coca producing VRAEM region, and the second kind forms the Movadef political party which looks to free Shining Path leader Abimael Guzman from prison. De Soto said he would be willing to speak with the third kind who have organized around environmental activism.

“Let’s call the ones whom I have spoken with ‘Green Path’,” de Soto said. “They are former terrorists who have already served their sentences. They have no weapons. All of them are environmentalists now.”

“They have organized environmentalist movements, which are the ones that have paralyzed Conga and Tia Maria. They are no longer violent, but they have political ambitions and a will to help the poor. It’s a different time, a different strategy.”

Kuczynski seized on de Soto’s statement to differentiate himself during an electoral cycle in which crime and security is voters’ top issue.

“It is in insult to talk about sitting down with former terrorists,” Kuczynski tweeted with a picture of himself in Cajamarca with “ronderos,” the rural vigilantes who played an instrumental role in defeating the Shining Path in the 1990s.

Kuczynski also said that not all mining opposition is organized by former Shining Path rebels. He cited the opposition to Arequipa’s Tia Maria copper project, which is mostly comprised of agricultural workers.

“I respect that they have completed their sentences and are free now,” Peruvians for Change spokesman Carlos Bruce told El Comercio. “But making them public policymakers does not seem to me to be the best way to respect legality in the country.”

“[Kuczynski] has no authority to discuss the issue of terrorism because, when he was in Ayacucho, he admitted that he left Peru out of fear and because he considered it dangerous,” Fujimori told reporters.

Fujimori added that she would seek “reconciliation” in Peru, using the word from the 1992 Truth and Reconciliation Commission which her campaign has often used to imply a government more respectful of human rights than her father’s.

Kuczynski countered that he left for the United States after being jailed by the military government of President Juan Velasco. In stepping up his attacks on Fujimori, Kuczsynski incorporated another scandal surrounding Fujimori to explain why he worked in the United States from the late 1980s through the 1990s.

“I went to work because there was no work at that time,” Kuczynski told reporters while campaigning in Arequipa. “I do not depend on my daddy or my uncles’ corruption or anything like that. I have to work.”

Kuczynski’s comments seized on recent questions about who paid Keiko Fujimori’s tuition at Boston University and Columbia University. A recent report from La Republica alleges that her father may have used kickbacks or money embezzled from public coffers to pay for his children’s education.

“Saying that I fled Peru, when she went to study in the United States and there are seven versions of who paid her tuition,” Kuczynski said.

Voter intention surveys indicate Kuczynski trails Fujimori by three to five points with just over three weeks before the election on June 5.