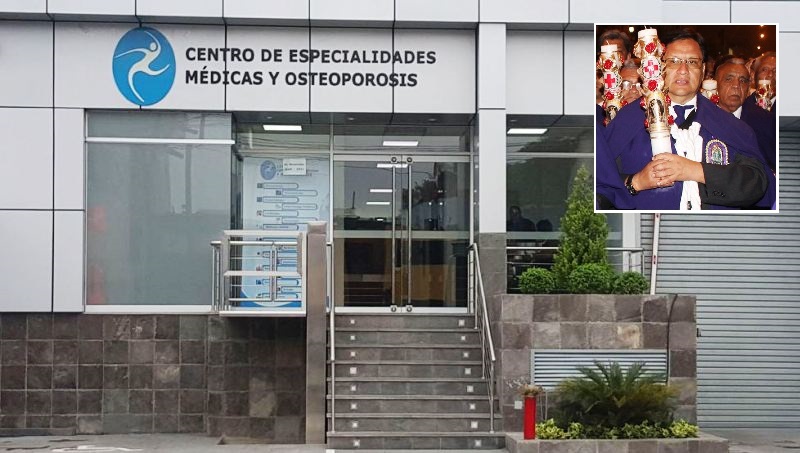 A presidential adviser who tried to use his influence to plan lucrative contracts has shaken the government of President Pedro Pablo Kuczynski.

Carlos Moreno, former healthcare adviser to the president, outlined in audio recordings made public over the last week a scheme to steer patients covered by SIS, Peru’s government health insurance, to a clinic owned by a friend. Moreno would receive commissions on each purchase made by SIS-insured patients, according to reports.

The scheme hinged on an agreement signed in April by Peru’s previous government which allowed healthcare clinics managed by the Archdiocese of Lima to treat SIS patients. In one of the recordings, Moreno convinces a Church official to sign an agreement with the Medical Specialty and Osteoporosis Center, a recently opened clinic in Miraflores.

“With this agreement, the SIS will start working with us. We began to see [patients], we bill [SIS] and they pay us,” Moreno tells an unidentified clinic official in one recording. “This is our gold mine. You have no idea how much money we’re going to make.”

The director of gastroenterology at the Archbishop Loayza National Hospital, a state-run hospital in downtown Lima, refers to the scheme as “a great business,” and adds, “I have the patients.” He also says that knowing Kuczynski financier Susana de la Puente “opens all the doors” for him.

Moreno resigned from his official position as Cabinet adviser last Monday, before the full transcripts of the recordings were made public. He said the audios dating back to August were manipulated to cast him in a bad light. He added that no agreement was reached between the private clinic and the Lima Archdiocese.

On Friday Cabinet chief Fernando Zavala announced in a press conference that government lawyers had formally submitted to prosecutors a complaint requesting an investigation into Moreno for crimes including collusion, bribery, influence-peddling, illicit enrichment and conspiracy. If convicted on all charges, Moreno faces 15 years in prison.

La Republica reports that Moreno has been the subject of accusations and alleged corruption throughout his trajectory as a doctor and healthcare adviser for the governments of Alberto Fujimori and Ollanta Humala.

As an adviser to then-health minister Alberto Tejada in 2011 and 2012, newspapers in Peru reported Moreno’s conflict of interest given his links to the Velebit Group fishery, which is one of the health ministry’s food vendors.

Moreno was investigated in the early 90s for the Callao government’s no-bid purchase of millions of dollars in ambulances.

“It’s a shame how quickly the government has problems with its lobbyists,” Popular Force spokesman Luis Galarreta told El Comercio, seizing on Moreno’s mention of banker Susana de la Puente to reinforce his party’s campaign criticism that Kuczynski was a tool of big-business special interests. “[This] didn’t blow up from a ministry, [but the Government Palace].” Galarreta added.

The Peru chapter of Transparency International, however, praised the government’s swift action in removing Moreno and reporting him to prosecutors.

“That’s how the state should react when these kind of characters are discovered,” chapter president Jose Ugaz told Andina. “There is a substantial difference between what happened here and what happened in the previous government with then-Vice President Chehade.”

Health minister Patricia Garcia told reporters that she had requested that Moreno be removed from his position at the Loayza state hospital.

El Comercio reports that the scandal marks the end of a feud between Moreno and Garcia within Kuczynski’s government. According to the report, Kuczynski initially offered the health ministry to Moreno, and that Moreno had exerted greater influence over the SIS and IGSS healthcare agencies.

The row led to Garcia’s alleged resignation from the health ministry, which Kuczynski did not accept. Garcia later denied this account before Congress in testifying over the 2017 fiscal budget.

President Kuczynski made an overhaul of public healthcare a key piece of his campaign in 2016 elections.