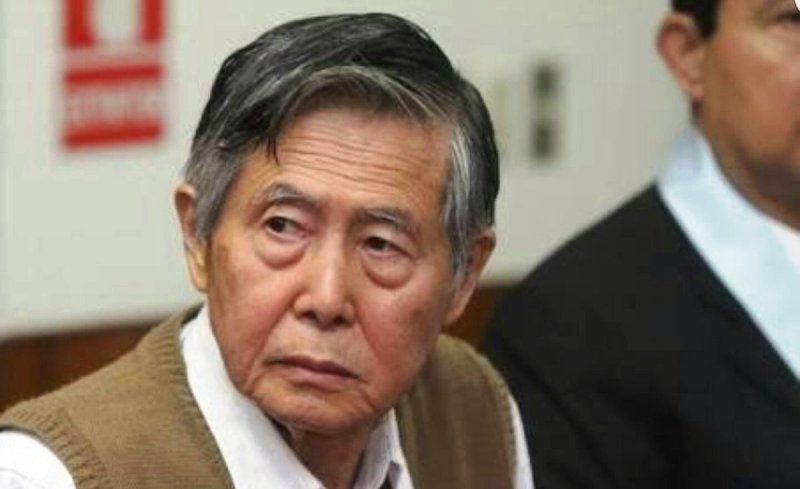 Kuczynski’s statement comes in the wake of debates about whether to relieve Fujimori, who shows signs of declining health, of a 25-year prison sentence for crimes against humanity and corruption. A recent poll showed 59% of Peruvians support presidential pardon for the former president.

Fujimori was rushed into urgent care at Centenario Clinic in Lima on Thursday after experiencing a tachycardia, a heart rhythm disorder. Kuczynski made it clear that the ex-president’s delicate health will not influence future decisions about his internment, saying “it has nothing to do with [his potential reprieve].”

“I abide by the law and I am not considering legal pardon,” Kuczynski told La Republica earlier this week.

The former president’s most recent health emergency occurred the day after his daughter Keiko Fujimori‘s conservative Popular Force party, which holds a majority in Congress, shelved a bill drafted by independent congressman Roberto Vieira that would have permitted Fujimori and other convicts over 75 not charged with sex trafficking, terrorism or drug trafficking to serve the remainder of their sentences under house arrest.

“From the beginning [this bill] was crafted with one person in mind, and it was brought to a vote before Popular Force that, with sadness but with responsibility, resulted in a vote against [the bill],” Keiko told Expreso. “We will not pass laws written to favor one individual because it’s unconstitutional.”

The move to archive the bill highlights rifts within Popular Force and, specifically, within the Fujimori family. Whereas Keiko stands by Popular Force’s vote against the legislation which would have granted her father house arrest for the remainder of his sentence, Keiko’s younger brother and Popular Force congressman Kenji Fujimori has been outspoken about his disagreement with the vote and what he sees as his party’s duty to pursue a path to freedom for the ex-president.

“Congressman Vieira’s bill seeks to benefit many older adults that are serving time in different correctional facilities. I believe the time has come… for Popular Force to take on a more active role in the fight for Alberto Fujimori’s freedom. I love my father and I’m not going to stand by with arms crossed. I’m going to fight until I secure his liberty,” Kenji Fujimori told America Noticias.

Keiko Fujimori announced her decision days after the vote to present a writ of habeas corpus, a legal maneuver that determines one’s fitness for imprisonment, as an alternative to the now archived bill as a final effort to release her father from prison. Kenji Fujimori refused to comment on the issue.

“What’s important is that I found my father in good spirits. Today I will not be discussing politics,” Kenji told reporters Friday after visiting his father in the hospital.