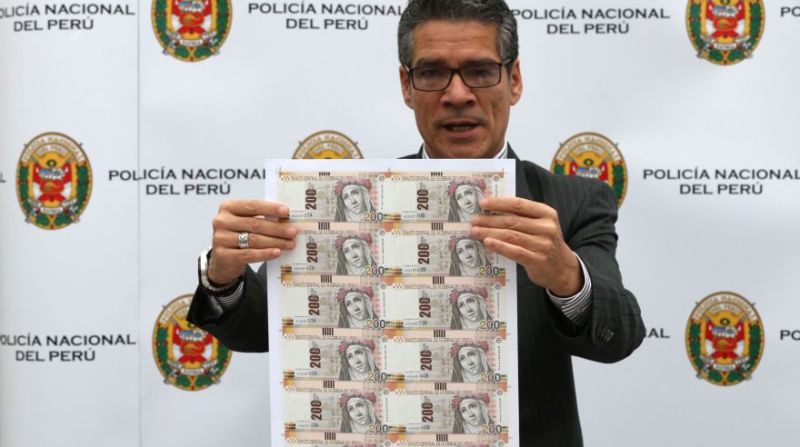 Lima police dismantled a counterfeiting ring this week and seized over $31 million in falsified bills of Peru’s currency, the nuevo sol.

Police raided a workshop in Lima’s southern district of Villa El Salvador, arresting three and seizing several offset printing machines which were used to falsify bills denominated from 20 up to 200 nuevos soles, worth $6 and $62 respectively.

“Inside the house in Villa El Salvador they had set up a workshop for counterfeiting bills of the national currency,” said Jose Lavalle, chief of organized crime investigations for Peru’s national police. “They had computers to do the designs and machinery for printing.”

Police identified the home in Villa El Salvador during investigations of two men arrested last month with $1.9 million in false bills in the Huarochiri province just outside Lima.

Counterfeit bills sell for 20% to 45% of their nominal value in Peru, depending on the quality of the fake. Convicted counterfeiters face five to 15 years in prison. 48 people have been convicted so far this year, only one of whom received the maximum sentence.

Peru overtook Colombia as the world’s leading producer of counterfeit dollars in 2009.