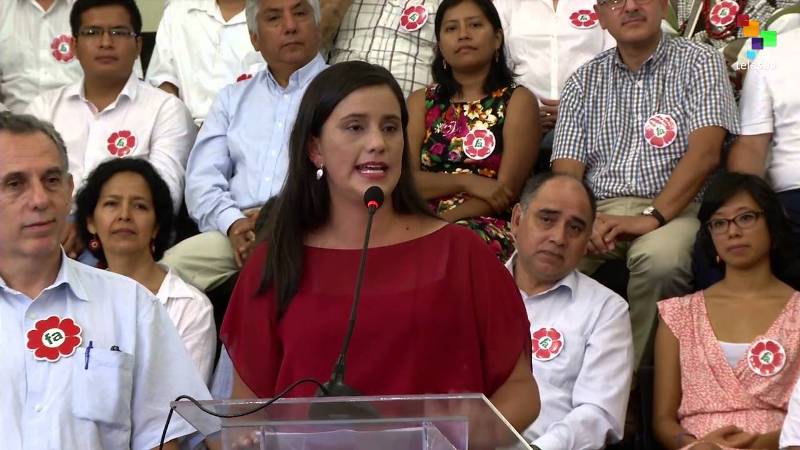 Peru stocks and the sol soared after leftist presidential candidate Veronika Mendoza did not garner enough votes to qualify for a runoff in the 2016 general election.

Peru’s elections authority announced at 10 p.m. on Sunday night that investor-favorite Pedro Pablo Kuczynski held a nine-point lead over Mendoza with 20% of votes counted. While the results were biased toward the larger cities on the coast which favor Kuczynski, the spread was large enough to prompt a rally in Peru’s stocks, bonds and currency by the time markets opened on Monday morning.

The sol jumped 2.9% on Monday and another 0.8% on Tuesday to close at 3.268 per dollar, its strongest level since last October. The S&P/BVL Peru General Index spiked 8.4% to become the world’s best performing benchmark fund in 2016. The S&P Lima Select rose 12% for its biggest one-day increase since 2008 and the S&P/BVL Peru Select Index was up 9.9%. Mining stocks also posted strong gains.

“Without a doubt, the elections news that the two candidates are pro-market has driven the [optimism],” Lima stock exchange (BVL) president Christian Laub told Reuters.

“(The runoff) is widely regarded as the market’s preferred outcome, with both candidates pledging to maintain pro-business policies, unlike Mendoza, whose populist rhetoric and recent surge in the polls had generated market anxiety,” J.P. Morgan economist Franco Uccelli wrote in a client note seen by Reuters.

Peru’s sovereign bonds also saw modest gains as the candidate who vowed to increase public spending by more than 50% would not be on the ballot in June.

Peru’s stock market had fallen 4.4% and the sol dove as much as 3% in the week before the election as the latest polls showed Mendoza in a statistical dead heat with Kuczynski to qualify for a runoff against the polarizing frontrunner Keiko Fujimori, daughter of jailed former President Alberto Fujimori.

But the sol and Peru’s equities recovered all of their losses and even made gains as Peru’s voters selected two candidates seen as friendly to business. Plus, Fujimori’s Popular Strength party is forecast to take over half of the seats in Congress as Mendoza’s Broad Front, the only hard-left opposition party, will control about 15% of the legislature.

“Evolution won, revolution lost,” writes Andres Oppenheimer in an opinion column for the Miami Herald. “It was a very significant result, because it showed that Peru’s more than two decades of continued pro-investment economic policies are paying off.”

The rally in the sol led Peru’s central bank to hold its key interest rate steady at 4.25% in April. However strong employment data released from the United States drove global demand for dollars on Wednesday and Thursday. The sol closed at 3.275 per dollar on Thursday.

Peru Stocks Jump Most Since 2008 as Sol, Bonds Rally After Vote (Bloomberg)