Public pressures Lima mayor to account for spending with petition 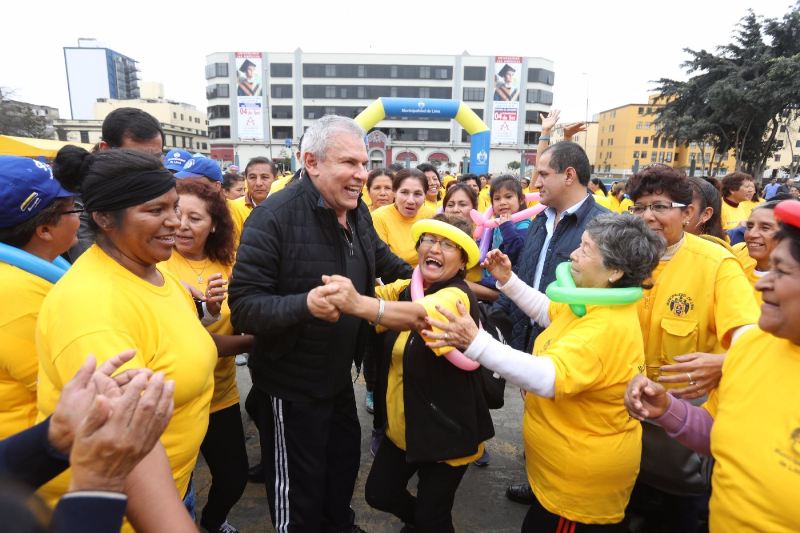 Lima mayor Luis Castañeda faces a public petition to answer over 100 questions on government spending in his administration.

City alderman Hernan Nuñez on Aug. 17 launched a campaign to collect 25,000 signatures in a petition which would legally require Castañeda to explain expenditures in the city’s $470 million budget. Promoters have dubbed the movement “Speak, Castañeda,” with the hashtag #HablaCastañeda.

If successful, the petition will require Castañeda to answer the 108 questions submitted with the petition to Peru’s elections authority, ONPE. The questions are organized under 17 topics including the 28 de Julio bypass in downtown Lima, a bridge over the Rimac River which is projected to cost more than twice as much as originally budgeted and more.

“The collection of signatures will be in every neighborhood, park, plaza and public place in more than 40 districts of the city,” Nuñez told El Comercio at the time. “The petitions will be posted on the Internet so that every citizen can download it and collect signatures in their own communities.”

Columnists from Peru’s major newspapers have called on Castañeda to explain the city’s public spending preemptively, without having to be legally required.

“We recommend that mayor Castañeda avoid being forced by law to account for city spending, and to do so soon,” former El Comercio director Francisco Miro Quesada wrote. “For the sake of his administration, for the sake of democracy, for the sake of the much-needed transparency at the root of political trust and for the sake of Lima and its millions of residents, many of whom voted for him.”

“Things are so so obvious that we are multiplying public works … Sorry, but don’t tell me [there is no transparency] because what my administration has the most of is transparency,” Castañeda told Canal N on Aug. 26. “We are accounting [for public funds] all the time, that is done all the time because we cannot lift a finger if we don’t.”

Castañeda and city officials had depicted the petition as politically motivated. But as the drive has gained momentum and attention in the last week, Castañeda appears to have relented.

“There is no problem,” Castañeda told El Comercio at the presentation of a plan to build a highway linking the beaches of Callao to the Costa Verde highway. “We are going to explain everything.”

It is no clear, however, when Castañeda will address the questions or whether he will wait until 25,000 signatures are validated and ONPE rules he legally has to.

The petition began around the time Castañeda’s administration faced criticism for delays in the expansion of the Bella Union bridge, which crosses the Rimac River to connect downtown Lima to San Martin de Porres. The project which began in July 2015 was slated to be finished next month, but now Castañeda has said recently that it won’t be finished until next year.

Newspapers recently revealed that the bridge will cost over three times its initial projection of $12 million when an extra $17 million was authorized in an addendum to the original contract. A city official told El Comercio the original projection under previous mayor Susana Villaran only accounted for the construction of the bridge over the river and not nearby avenues.

Many Lima residents were also unimpressed with the $58 million 28 de Julio underground bypass tunnel which closed off key avenues accessing downtown Lima for over a year and, according to some studies, has not reduced traffic at all.

Recent polls show Castañeda’s approval rating fell in August. However he still enjoys a majority of support in Lima with estimates ranging between 56% and 64%.

Castañeda popularized the saying, “He steals but he does work,” which he used to explain that many Peruvians tolerate corruption in politicians as long as they deliver public works and infrastructure project which improve their lives.