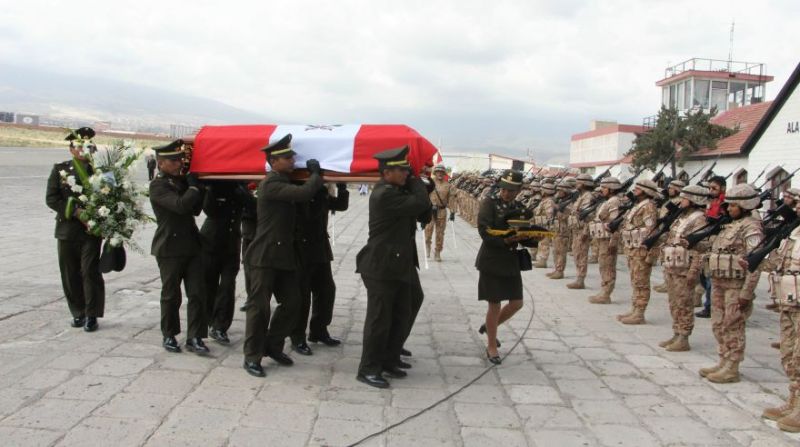 Shining Path guerrillas killed at least 10 military and civilian personnel in an ambush in Peru’s central state of Junin on Saturday.

The rebels attacked a military caravan of six vehicles as it transported election materials and security personnel in the rural district of Santo Domingo de Acobamba in Junin’s Huancayo province. Eight soldiers and two civilian contractors were killed by guerrillas armed with long-range rifles and grenades.

The attack came one day before the April 10 elections in the VRAEM, the central jungle region home to the majority of Peru’s coca production. The Shining Path provides security for drug-trafficking gangs in exchange for money and weapons.

Military officials have confirmed that the mastermind behind the attack was Jorge “Comrade Raul” Quispe, brother of Shining Path leader Victor “Comrade Jose” Quispe. The government has offered a $600,000 reward for information leading to his capture.

“Even if the Shining Path is no longer a danger to society, this is a wake-up call that there is still a lot to do,” said President Ollanta Humala.

Humala criticized presidential candidate Keiko Fujimori’s statements that his government had overseen an advance of terrorism in Peru. As the daughter of the president credited with defeating the Shining Path and Tupac Amaru Revolutionary Movement (MRTA) guerrilla insurgencies, Fujimori is regarded by voters as the strongest candidate for national security.

“We cannot pander to terrorism, irresponsibly saying that terrorism is advancing. No ladies and gentlemen, terrorism is not a threat to the state,” said Humala, who fought against the Shining Path as a junior officer in the Upper Huallaga valley in the early 1990s.

“I would like to see the next government do even half of what this government has done in the VRAEM region. And I say this with the confidence of somebody who knows the VRAEM.”

Despite the attack and a remaining presence of remnants of the Shining Path estimated to number in the hundreds, El Comercio reported high voter turnout in villages throughout the VRAEM.

Saturday’s attack came 36 years after the Shining Path’s first subversive action, the 1980 burning of ballot boxes in Ayacucho during the first general election after over a decade of military rule. The 2016 elections will mark the first time Peru’s government sees four consecutive democratic transfers of power since the late 19th century.