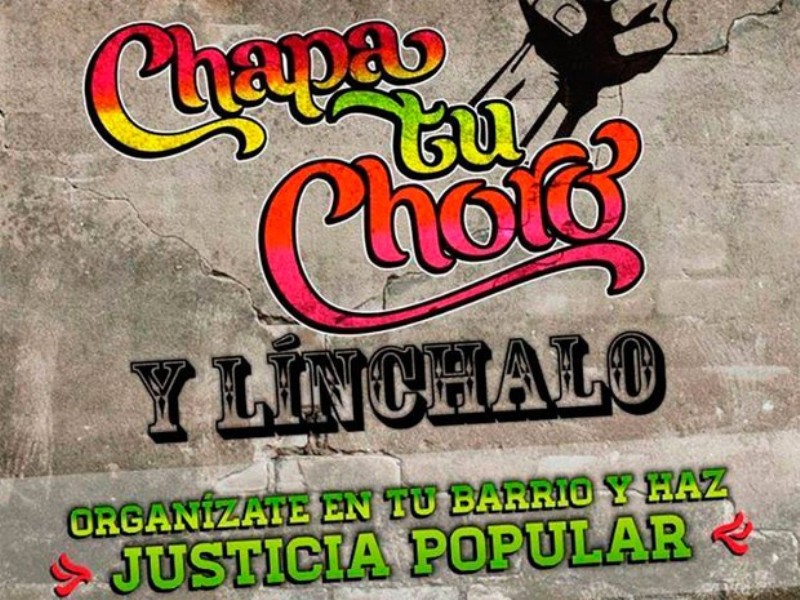 A mob beat and burned two alleged thieves to death in central Peru yesterday as a trend of neighborhood vigilantism sweeps through Peru.

Three unidentified men were allegedly committing a robbery in the Huamalies province of Huanuco state last night when a village leader in the Jacas Grande district caught them. One of the men fired at the 57-year-old man, killing him instantly.

A mob of residents caught two of the suspects and beat them, stripped them and set them on fire with gasoline. Hours later, police discovered the charred bodies in the road entering the village.

While police have no suspects or pending charges for last night’s lynching, officials have condemned the act as murder.

“We don’t allow criminals to be lynched,” said Peru’s national police chief Vicente Romero. “We are in a state with rights and we will comply with the law.”

The killing of the two men is part of a growing trend of vigilantism inspired by the “Chapa tu Choro” campaign which went viral three weeks ago. A Facebook event titled “Catch your crook and leave him paralyzed” attracted more than 100,000 attendees before it was removed.

Similar pages have since sprouted up and “Chapa tu Choro” has become a popular meme and international media outlets have reported on the rise of vigilantism in Peru.

A recent Ipsos poll shows that 60% of Peruvians said they approved of the “Chapa tu Choro” movement, while only 35% disapproved.

In the same survey, 53% of Peruvians agree with the statement that “the police are incapable of controlling crime, so it is necessary for the population to take justice into its own hands.”

The trend’s popularity can be attributed in part to the increasing effect crime has on Peru’s lower social classes.

A recent study by Peru’s Catholic University showed that the lower social classes disproportionately suffer from rising crime. The average robbery can sap from a quarter to half of the monthly income from a family in the lower two socioeconomic levels as defined by Peru’s government, which account for over half of the population.

Rising crime continues to be voters’ top concern ahead of elections next year.

The Facebook vigilantes catching thieves – and punishing them (BBC)