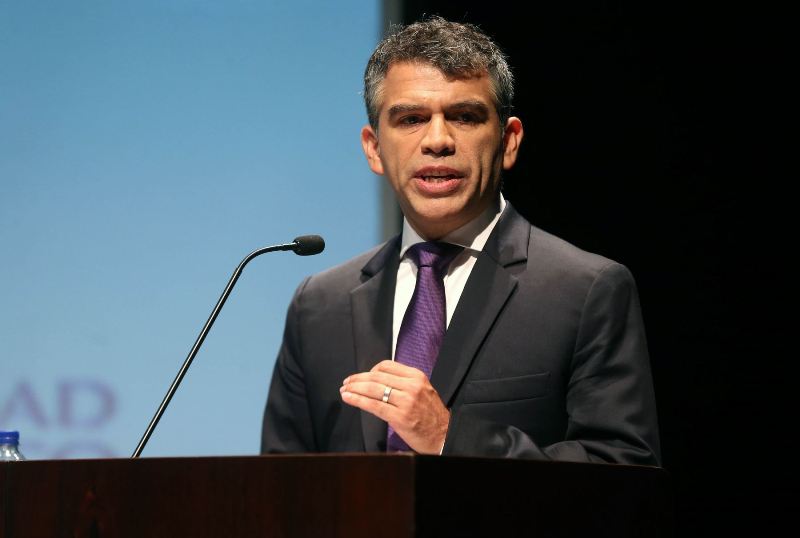 Julio Guzman is an economist who has shocked Peru’s political establishment by rising to second place in opinion polls for 2016 presidential elections.

Guzman was born in Lima in 1970, the youngest of 12 children. His parents moved to Lima from small towns in Cusco and Cajamarca. When his father died, Guzman began working as a courier when he was 15 to help pay for his school. He later taught math to pay for university.

After completing his studies, Guzman worked for the Inter-American Development Bank (IDB) as an economist in integration and trade. Along with two co-authors, Guzman published the working paper, “The Orientation of Social Spending in Latin America,” in 2006. The paper illustrated that Latin American countries’ social spending outside of primary education had actually been shrinking as a percentage of GDP. In 2010 he delivered a presentation on the impact of transportation costs in Latin America.

After 10 years with the IDB, Guzman joined the government of President Ollanta Humala as the vice minister of small and medium-sized businesses and industry. He was later appointed as the secretary general in the president’s Cabinet under Juan Jimenez, Humala’s Cabinet chief from July 2012 to October 2013. Guzman resigned after 18 months in Humala’s government because he was frustrated his proposals were not being executed.

“I tried to promote initiatives and they weren’t possible between 2011 and 2013,” Guzman said in a press release. “But the government would say, ‘That’s not important, forget that’.”

Guzman has also worked as the dean of economics at Lima’s San Ignacio de Loyola University and as a partner on the public sector desk of Deloitte’s office in Peru.

In 2004 Guzman participated in a congress which established the National Coordinator of Independents political party. In 2006 the party joined a coalition to back presidential candidate Valentin Paniagua, who garnered just under 6% of the vote and did not qualify for a runoff.

In 2009 the party changed its name to Everybody for Peru. In 2011 elections the party backed National Solidarity candidate and current Lima mayor Luis Castañeda. Despite being an early frontrunner, Castañeda garnered less than 10% of the vote and did not qualify for a runoff.

Guzman proposes strengthening the emerging middle class through education and branded himself the anti-corruption candidate. He has criticized previous governments for being obsessed with big investments from extractive industries, while ignoring opportunities to invest in human capabilities and talents.

Evaluating the Impact of Transport Costs in Latin America (Cepal)

Julio Guzmán Cáceres Announces Presidential Run in Peru: “I got into politics because I got tired of corruption.” (PR Web)