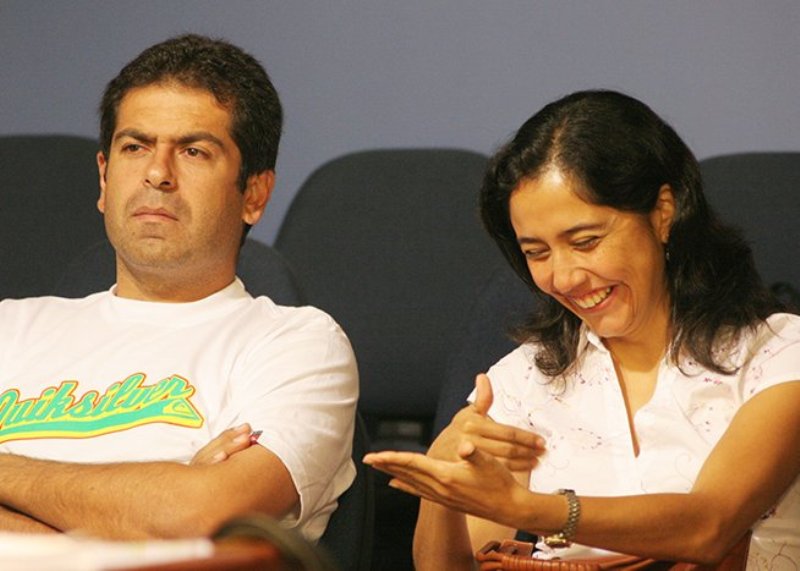 Heredia is the subject of several investigations involving her role as president of the Peruvian Nationalist Party and the transfers of funds originating with Belaunde, a former party strategist.

Between 2006 and 2008, Heredia received over $100,000 from Martin Belaunde and his brother for consulting work done for a questionable Spanish company. Investigators suspect the payments may have been a bribe in order to win public contracts throughout Peru for Belaunde’s clients.

While influence peddling connected with public contracts was the official subject of the commission’s hearing, investigators also asked questions about campaign contributions. According to documents filed with Peru’s electoral board by the Peruvian Nationalist Party, Belaunde and his father donated $42,000 and $36,000 respectively in 2006. Both men deny having made donations.

Heredia also faced questions about payments and campaign contributions from Venezuela. After 90 minutes of questioning, committee congressmen complained to reporters that Heredia declined to answer most of the questions.

“All the answers to the questions were that ‘This is irrelevant.’ We can’t force her to respond. But she said nothing about the deposits from Martin Belaunde and the money from Venezuela,” said APRA congressman Mauricio Mulder. He added that the first lady protested to the commission’s request to examine her personal bank account statements.

Heredia signaled her intentions to reporters upon arriving at congress. “I am going to confine myself strictly to the mandate congress has given this investigative commission and I believe the commission will also do well to confine itself to that mandate,” Heredia said.

“He has not had my authorization or blessing. I haven’t even introduced him to a public official. Never,” Heredia said in regards to the public works contracts Belaunde allegedly arranged. She added that Belaunde’s capture and extradition to Peru shows President Ollanta Humala’s government is not trying to hide him or protect the Peruvian Nationalist Party.

On Saturday, the day after Heredia’s appearance before the Martin Belaunde commission, investigators discovered that wire transfers to Heredia came from a Venezuelan firm linked to the United Socialist Party of Venezuela (PSUV) via her mother and best friend. The revelation has prompted prosecutors to re-open money laundering investigations.

“When the movement was born, many people, not only in Venezuela but also in New York, Buenos Aires and Santiago, among others, supported the movement,” said Nationalist Party congressman Daniel Abugattas. “Citizen donations, in this case a private company which are donations from private citizens, are legitimate. What is illegal is receiving donations from governments, like the million dollars the APRA party received from China for the trade agreement.”

On June 9 the commission will interview Martin Belaunde at the Piedras Gordas penitentiary, where he has been held since being extradited from Bolivia on Friday.