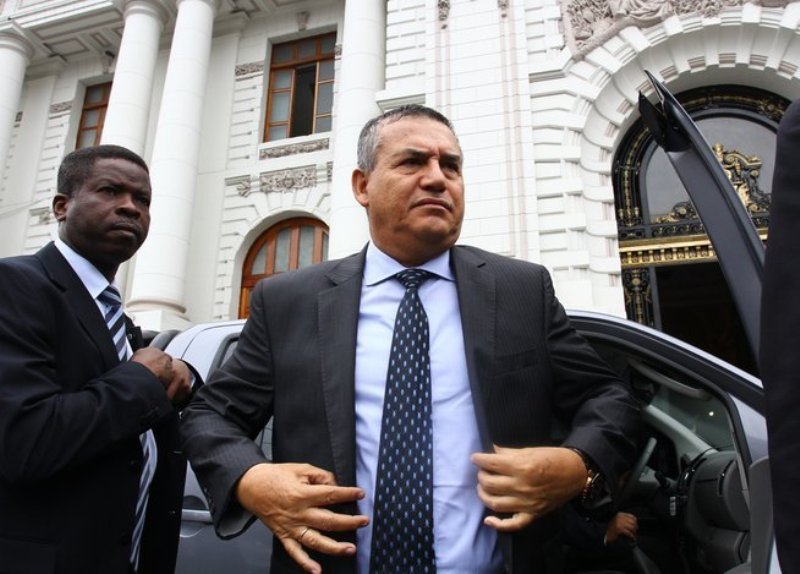 A witness in the murder trial of Peru presidential candidate Daniel Urresti accused him of raping her twice after she witnessed the murder of Hugo Bustios.

Isabel Rodriguez’s testimony implicated Urresti as an active participant in the 1988 murder of Caretas journalist Hugo Bustios. Rodriguez testified that she saw the former intelligence chief at the Castropampa military base was with the platoon which killed him.

Rodriguez also testified that the career police officer and Nationalist Party presidential candidate raped her twice in her ensuing detainment at the barracks after the murder to intimidate her into silence.

Urresti laughed audibly and even gave a mocking applause as Rodriguez rendered her testimony, prompting the court authorities to order him out of the courtroom.

Urresti told reporters after the session that Rodriguez is being manipulated by non-governmental organizations who fear an Urresti presidency will reform the regulations of their operations in Peru.

“The NGOs will say they are already regulated, but they are poorly supervised,” Urresti said. “The objectives for which they were created – which are necessary – are not being met. Those who should care for the environment are now anti-mining, and those who watch human rights are now scavengers.”

Urresti also said that Rodriguez had ties to terrorist organizations.

Bustios was murdered on Nov. 24, 1988 by members of Peru’s military from the Castropampa base in Ayacucho. He was traveling on a motorcycle with another journalist to investigate the Shining Path in the Huanta province when they were ambushed.

Victor La Vera, the top-ranking officer at the Castropampa military base and another officer, Amador Vidal, were convicted of the murder in 2007. Two years later Vidal told investigators that Daniel Urresti was involved. Until that time, Urresti had not been implicated, even though he was the head of intelligence at the base in 1988.

Urresti has maintained his innocence since being indicted for murder and, after a court decided to hold a trial after initially dismissing the charges, the career police officer welcomed the opportunity to clear his name. He has proceeded to campaign for the 2016 elections, even releasing rap videos attacking Keiko Fujimori and Alan Garcia.

While Urresti trails Fujimori and at least four other contenders, he ranks second to the front-runner in opinion polls when asked which candidate would best address rising crime in Peru, which is consistently voters’ top concern heading into elections.