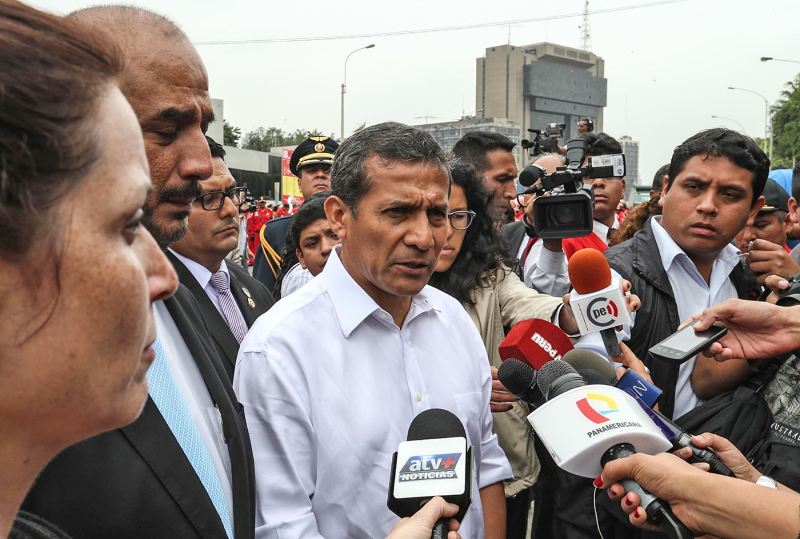 Peru’s electoral board is evaluating whether President Ollanta Humala violated neutrality laws in criticizing Alan Garcia and other candidates.

Peruvian law prohibits all public officials including the police and military from taking action or making statements which could be interpreted as favoring or criticizing political candidates during an election season.

A recent report alleged that while his criticisms of former President Alberto Fujimori did not constitute infractions given the jailed father of presidential candidate Keiko Fujimori is not a member of her Popular Strength party, Humala did violate Peru’s neutrality provisions in statements made during official events in Tacna, Cajamarca and Lima.

During an inspection of $2 million improvements to a train station in Tacna on Dec. 5, Humala criticized the five candidates’ proposals during the CADE summit in Paracas. Humala said the candidates were resorting to “commercial populism” in pandering to Peru’s business leaders, citing specific proposals from Keiko Fujimori, Pedro Pablo Kuczynski and others.

While inaugurating a road along the border of Ecuador in Cajamarca on Dec. 21, Humala said that the candidates ignore border regions and rural areas because they have nothing to offer the candidates politically.

In Lima’s southern district of Villa El Salvador the next day, Humala alleged that water programs under the second government of presidential candidate Alan Garcia resulted in widespread corruption and bribes for the APRA party members.

“The president has every right to point out what is being done and criticize what has not been done in past governments. If that offends someone, what can I do?” Humala said in response to criticism of his comments. “Criticizing history is getting into election campaigns now?”

Humala has maintained his public criticisms of Alberto Fujimori, pointing out the $417 million the former president and his former spy chief Vladimiro Montesinos allegedly embezzled from the government.

If the electoral board decides that Humala violated neutrality laws, it can levy fines ranging from $34,000 to $113,000.