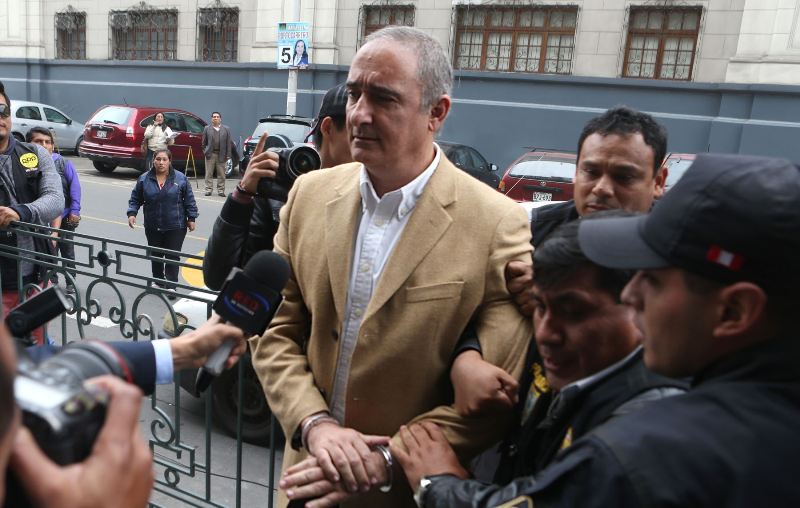 The decision concludes over 12 years of investigations and judicial processes into the $45 million expansion of Elmer Faucett avenue to Convial in 1999, when Kouri was mayor of Callao. Prosecutors allege that Kouri pocketed $32 million, a whopping 70% of the total contract.

The judge in the case also ordered Kouri to pay $8 million in fines and prohibited him from seeking public office for three years. Kouri’s lawyer has vowed to appeal the decision.

“It is a step forward but I think the decision is not enough,” Popular Action congressman Mesias Guevara told Peru 21. “Because he got an $8 million fine but only five years in prison. I’ve spoken with experts who consider it very little time. It is the same punishment given to a person for disrespecting a police officer. Kouri has embezzled from Callao, a large population and case specialists disagree with the sentence.”

The judge’s ruling highlighted that Kouri declared a “transit emergency” in Callao soon after being elected. He then led an auction which saw Convial, a business with just $300,000 in capital, win the $45 million project. Kouri later amended the contract to allow Convial to recover extra money via toll booths on the avenue after the project was completed.

The case went public in 2007, the year Kouri assumed the governorship of the constitutional province of Callao. Current governor and fellow Chim Pum Callao party member Felix Moreno succeeded him as mayor of Callao. Kouri ran for Lima’s mayoral election in 2010, but was disqualified over residency. He began to campaign for Congress in the 2016 general election, but withdrew in December during the corruption trial.

Moreno is also facing multiple investigations for similar corruption schemes which could be punished with more than 10 years in prison. Prosecutors have compared the Chim Pum Callao party’s government in Callao to the corruption network of jailed Ancash governor Cesar Alvarez.

“The situation in Callao is similar to Ancash: unfinished projects, corruption, gangs, assassinations, killings and mismanagement of economic resources,” Guevara said. He added that Kouri’s incarceration could lead to a dangerous power vacuum.

“I have met with several people and they are concerned that the sentence Alex Kouri could spark a wave of violence in Callao from Chim Pum Callao supporters looking to stall investigations. The police must be vigilant to prevent waves of violence.”

Leading prosecutor Martin Salas told reporters that he had been threatened twice during the course of the trial. Salas identified Kouri’s personal driver, who denied ever speaking to Salas.