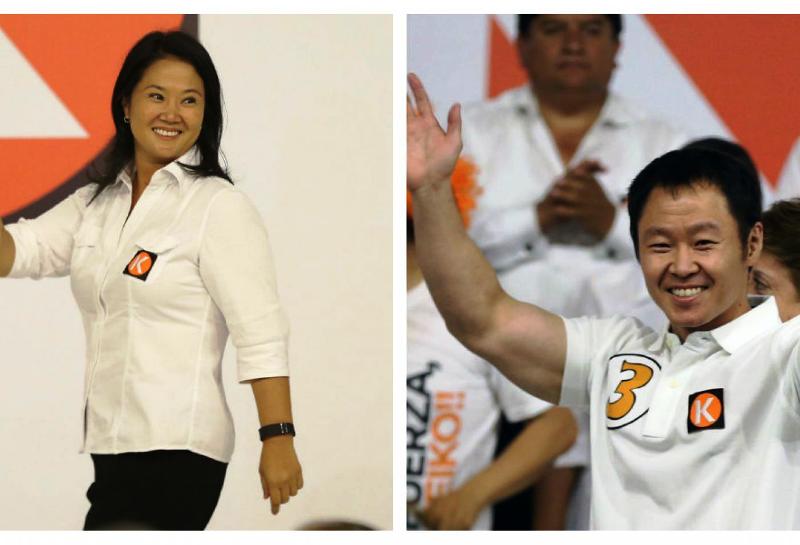 The presidential aspirations of Kenji Fujimori, brother of Keiko Fujimori, have caused a public rift and raised questions about the Popular Force political party.

The controversy began last week when Popular Force congressman Kenji Fujimori told Canal N that he would not dismiss the possibility of running for president of Peru someday. Peru’s constitution prohibits presidents from running for reelection, and another law prevents family members from running immediately after the president’s term.

Kenji Fujimori’s comments alarmed many Peruvians wary of his sister’s candidacy given the authoritarian tactics of their father, former President Alberto Fujimori. Keiko Fujimori had already taken public steps to dispel worries about her commitment to democracy.

On Sunday Keiko Fujimori said in an interview on Panamericana that “nobody with the last name of Fujimori” would be the Popular Force presidential candidate in Peru’s 2021 elections. However Kenji Fujimori’s tweets the next day only stoked the fire.

“Keiko and I believe in democratic alternation and this alternation will also happen at home. Without entrenched leaderships,” Kenji Fujimori tweeted. “The decision is mine. Only in the case that Keiko does not win the presidency will I run in 2021.”

Kenji Fujimori’s apparent contradiction led political opponents to allege that Keiko Fujimori did not have complete control over the Popular Force party, usually lauded for its political discipline but also host to two factions. One base is loyal to Keiko Fujimori while Kenji Fujimori holds sway over the “Albertist” faction loyal to their father’s heavy-handed policies.

“This is a misstep by Kenji Fujimori. It reveals that the authoritarian DNA remains in the Fujimoris,” Peruvians for Change congressman-elect Juan Sheput told El Comercio. “I think Keiko Fujimori is a person who has good intentions, but unfortunately she has people around her who are used to authoritarianism. That’s her biggest challenge, to control those who miss the 90s.”

In his reelection bid to represent Lima in Congress, Kenji Fujimori won more votes than any other candidate in the country, an achievement which would usually win him the congressional presidency. However Kenji Fujimori told El Comercio this week that he would decline the position “to avoid suspicion.” The same week Keiko Fujimori said the party had no room for “personalist positions.”

While Kenji Fujimori seems to have backed off, some say that the brief spat highlights a division in the Popular Force party.

“[What Kenji Fujimori said] manages, admirably, to undermine [Keiko Fujimori] and at the same time the party’s commitment not to alter the rules of democracy to gain power,” reads an El Comercio editorial.

“By saying ‘the decision is mine,’ Kenji is suggesting on the one hand that what his sister says does not carry the weight of the party leadership which he should obey. And on the other hand, if he abstains from running after an eventual Keiko Fujimori presidency it will not be because … the electoral law prevents it, but because it would be convenient for him.”

“What has happened in Popular Force is an insurrection. No more, no less,” writes Fernando Vivas. “Kenji believes (or wants to believe, or allows it to be believed) that the party is a family brand, and in 2021 it would be his turn to run if Keiko does not win now.”

Keiko Fujimori made a series of pledges during the presidential debates distancing herself from her father’s authoritarian regime, including a promise not to pardon him for crimes against humanity and corruption. In December she purged veteran politicians seen as closest to her father from the party’s list of congressional candidates.

However some observers point to the number of prison visitors the former president receives as evidence that he plays an important role in the party. She recently said that her father had been convicted without evidence.

Former President Alberto Fujimori is currently serving a 25-year prison sentence for authorizing death squads which killed dozens of people and stealing millions of dollars from the public treasury. However he is still popular with many Peruvians who believe he saved the country from hyperinflation and a bloody guerilla insurrection.

A recent Ipsos poll showed that only one third of the country wants Alberto Fujimori to remain in prison. Forty percent want him to complete his sentence at home while 21% support a pardon.

Keiko Fujimori garnered the most votes of all presidential candidates in 2016 general elections held on April 10. Her Popular Force party took 73 of the 130 seats in Congress.