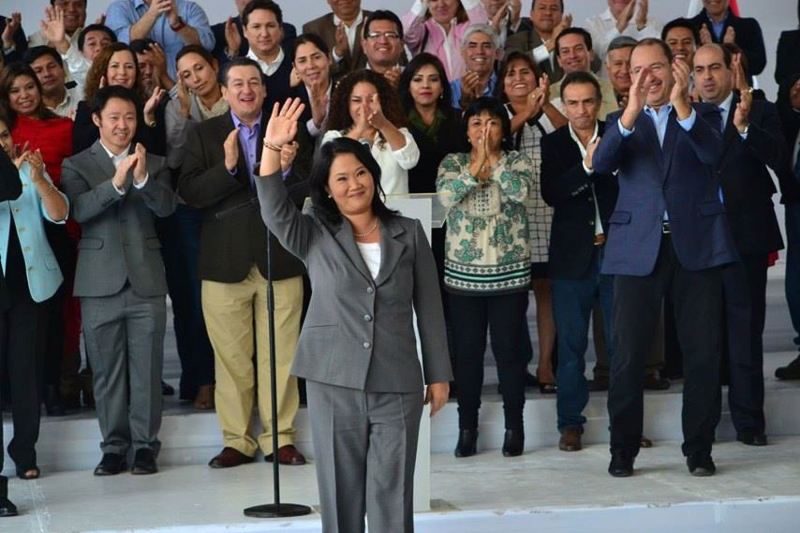 Keiko Fujimori has officially recognized the victory of President-elect Pedro Pablo Kuczynski in the 2016 presidential election.

Fujimori held a press conference on Friday to announce her party’s acceptance of the results in Peru’s June 5 election. She was surrounded by all 73 newly elected members of Congress from her Popular Force party as well as her two running mates Jose Chlimper and Vladimiro Huaroc.

“We democratically accept the ONPE results, because we are a serious political organization, and out of respect for the people,” Fujimori said. “We will be a responsible opposition which will think about the future of the country with the main goal of representing the wishes of the more than 8.5 million Peruvians who voted for [my agenda]. Rest assured that we will not fail them.”

Fujimori suggested that the government of President Ollanta Humala had teamed up with “economic powers and the media” to arouse “hatred and fanaticism” against her candidacy.

Fujimori also said that her party’s 73 congressmen would present a legislative agenda based on her Government Plan, “Plan Peru.” She added that her party would “defend the interests of the people” against big business and multinationals, a common theme in her campaign against former World Bank economist Pedro Pablo Kuczynski.

“I appreciate the gesture, Mrs. Keiko Fujimori. In a democracy are welcome all voices. We will work tirelessly for Peru,” Kuczynski tweeted after Fujimori’s announcement. “In that way we join all the Peruvians who put the progress of Peru first.”

Kuczynski struck a similar tone in his “unofficial” declaration of victory on Thursday. Now that he has won the presidency, his Peruvians for Change party is looking to quickly reconcile with Popular Force given the party effectively controls Congress.

Kuczynski’s victory was largely driven by a broad anti-Fujimori segment which voted against the daughter of autocratic former President Alberto Fujimori, instead of for Kuczynski’s policies. Kuczysnki now faces the challenge of governing and implementing those policies with a small minority in Congress. Peruvians for Change took just 18 of the 130-seat chamber.

After winning just 21% of the vote in the first round, Kuczynski won the second-round vote by 0.2%, the closest election in Peru’s history.