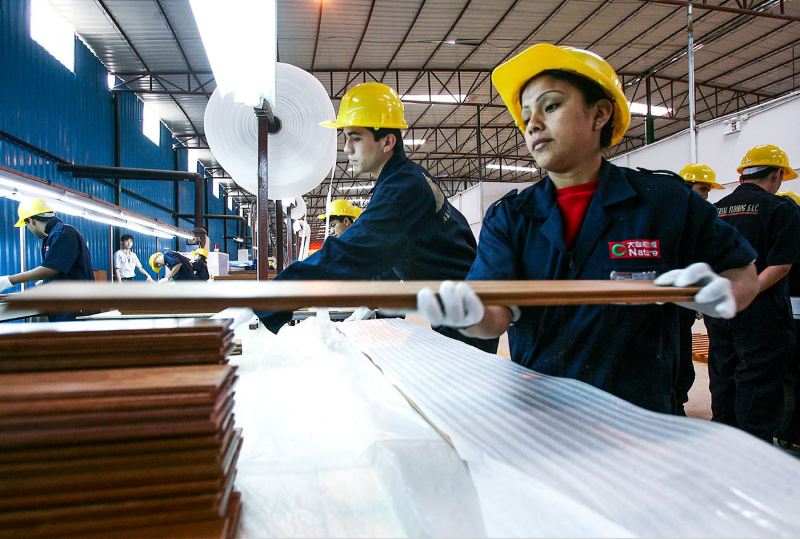 Peru’s new finance minister outlined his plan to boost formalization in labor markets, which does not include changing the country’s rigid labor regulation.

In his inaugural address, President Pedro Pablo Kuczynski set a goal of doubling the small portion of Peru’s workforce which is formally employed to 60%. Speaking at a forum organized by one of Peru’s leading trade associations, Confiep, finance minister Alfredo Thorne outlined his plan to compel Peru’s informal businesses to register with the government and pay taxes.

Thorne’s presentation hinged on three areas of reform including reducing barriers to formalization, improving quality and access to public services and implementing policy to incentivize formalization.

“There is an absence of the state. Our public services are of very poor quality,” Thorne said. “We have a big challenge in pensions, health and education. These are services that are not on par. Workers in the informal sector do not have access to healthcare.”

An economic forecast commissioned by Peru’s state planning agency showed that, in the current business environment, the informal sector will only be reduced to 30% of Peru’s total labor market in 2050. The report also cited flexible labor laws as the most effective was to reduce informal business, in addition to higher government transparency and increased spending on education and social programs.

Confiep president Martin Perez singled out labor regulation as the greatest difficulty for Peru’s businesses in his speech at the Confiep forum.

“[Reducing informality] must be addressed with labor legislation that seeks a balance between protecting workers’ rights, the country’s development and the sustainability of companies to generate formal and productive jobs,” Perez said.

In an interview with RPP, labor minister Alfonso Grados dismissed a more flexible labor environment as necessary to increasing formality in Peru.

The World Economic Forum’s Global Competitiveness Report ranked Peru 133rd of 140 countries in the ability of companies to hire and fire workers. Peruvian law forbids layoffs, and a worker must be fired only for specific reasons outlined in the law. If fired arbitrarily, he is entitled to severance pay of up to one-and-a-half year’s salary or the right to be moved to a different position in the company.

“Today it is easier to close a business to fire an employee,” Lima chamber of commerce lawyer Victor Zavala told El Comercio. “Greater rigidity, greater labor informality. In Peru, seven out of 10 workers are informal and 99% of them come from small and medium-sized enterprises.”

Formal workers in Peru are also entitled to 30 days of vacation per year (13 of which are paid), two annual bonuses equal to one month’s salary, health insurance, life insurance and a small stipend for those who have children.

During the 2016 elections, President Kuczynski secured the endorsement of Peru’s largest labor union, the General Workers Confederation of Peru (CGTP), in his runoff bid against frontrunner Keiko Fujimori. In winning the endorsement, Kuczynski agreed not to scrap Peru’s protections for workers, and even to pursue the passage of the General Law of Work which would enhance workers’ rights.

Kuczynski told reporters on Sunday that his government would seek decree powers from Congress to pass legislation aimed to stimulate the economy, including a progressive reduction in sales tax and removing barriers for public spending on infrastructure projects.