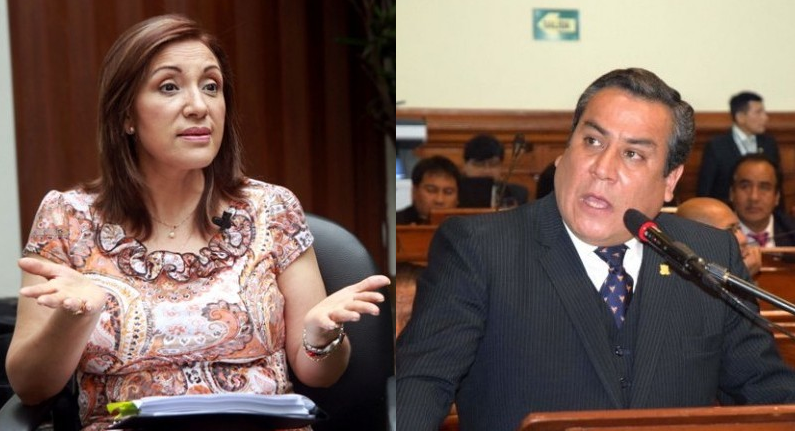 Justice minister Gustavo Adrianzen resigned and fired a corruption prosecutor critical of the government two days before his impeachment vote in Congress.

Peru’s opposition parties looked to impeach Adrianzen for his disciplining of corruption prosecutor Julia Principe. Adrianzen maintained that Principe had violated protocol in speaking to the press without permission, referring to media interviews in which she said there was more than enough evidence to investigate first lady Nadine Heredia for money laundering.

Adrianzen’s resignation this morning requires President Ollanta Humala to appoint the seventh justice minister of his government to complete the remaining nine months of his term.

The firing of Principe unleashed a fresh round of political fireworks from opposition politicians who say the government is overreaching in protecting Heredia, who is both the first lady and president of the Peruvian Nationalist Party.

“Mrs. Heredia is clumsily trying to put the Peruvian state on its knees,” said Omar Chehade, the former second vice president who has been vocal in his criticisms of Heredia since quitting the ruling party last month. “What a shame! We won’t allow it!”

“I am a thorn in the side for this government,” Principe said after her dismissal was made public. “What minister Adrianzen said is cruelty. It is unbelievable that a Cabinet minister would say that. He does not deserve to be where he is.”

“My decision is based on [Principe’s] disregard for the law,” Adrianzen said. “This is not a minor technicality. My job is to make sure the law is enforced.”

“[I reject] the insinuations that behind that decision are the same practices used by the Rodolfo Orellana mafia or Alberto Fujimori and Vladimiro Montesinos,” Adrianzen added in taking a jab at Popular Strength, the largest political party in Congress led by Keiko Fujimori.