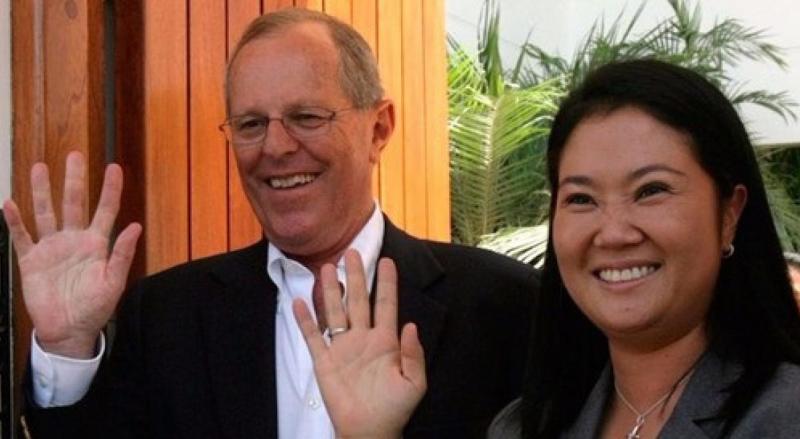 The latest Ipsos opinion data shows each candidate winning a different method of polling. When asked directly by Ipsos personnel, 42% opted for Kuczynski while only 41% said they would vote for Fujimori. However in Ipsos’s vote simulation, which replicates a secret-ballot situation, Fujimori won 44.1% of votes compared to Kuczynski’s 43.8%.

The data indicate a slight gain for Kuczynski since last week, when the former U.S. citizen’s eight-day visit to the United States as well as segment-targeted proposals from Fujimori drove the former first lady to a three-point lead.

The vote-simulation method is used to offset a possible “social desirability” component, Thomas Edsall writes in the New York. Edsall says that many voters may not be honest with a live interviewer if their preferred candidate is a divisive figure, as Donald Trump and Keiko Fujimori are in the U.S. and Peru respectively.

Ipsos pollster Alfredo Torres writes in El Comercio that the election will likely be decided by the 17% of voters who would abstain or were still undecided. While Fujimori is better positioned given her appeal has resonated more with blue-collar and unskilled workers who make up the undecided vote, their preferred leaders have condemned Fujimori as the worst of two evils.

“The problem is that there is a paradox in this sector,” Torres writes. “Most are among the popular sectors where Keiko is the favorite, but they are also voters who voted in the first round for leftist candidates and do not trust Fujimori. The candidate who can resolve this puzzle in their favor will win the election.”

Peru’s runoff election will be held on June 5.

How Many People Support Trump but Don’t Want to Admit It? (New York Times)