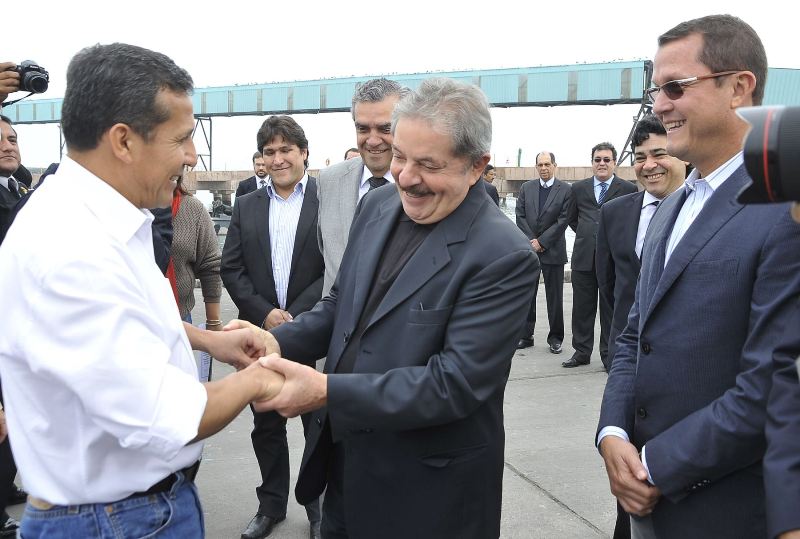 The former executive, who has been jailed since the beginning of the Carwash corruption scandal in 2015, made the declarations in a federal court in Brazil. He has also confirmed that his company paid over $4 million in bribes to Brazil’s former President Luis Inacio Lula da Silva, in addition to millions of dollars to Lula’s nonprofit organization and the election campaign of ousted President Dilma Rousseff.

Odebrecht is seeking leniency in exchange for cooperating with investigators.

The news comes as investigations into Humala and his wife Nadine Heredia for money laundering and bribery have inched increasingly closer to the couple. In February Jorge Barata, Odebrecht’s Peru chief, told prosecutors that he gave Humala $3 million in cash. In January two Brazilian newspapers reported that Brazilian investigators had identified $3 million in money transfers from Odebrecht to Peru in 2011.

“For us, the Odebrecht company is following the same game plan and we are not surprised that the statements [by company officials] coincide,” Heredia told 90 Segundos. “We continue to maintain that there was no such payment, but either way we are letting the authorities do the corroboration necessary.”

“This information needed to be corroborated, presented to Marcelo Odebrecht. That has been done and it has been corroborated. These [facts] were defined, investigated and now confirmed by Odebrecht. What was said in [previous documents] was totally true,” Pari said. “[Everything] coincides with the meetings, the dates of Nadine Heredia’s trips, the scheduled meetings in Brazil.”

“[Some] say this is a ‘bribe’, but they say that because they are not politicians,” Humala’s father, Isaac Humala, told El Comercio. “In politics the countries of the world are ideologically classified … There is ideological solidarity … This is not a bribe, but ideological collaboration.”

While it is not illegal to receive political donations from foreign interests, legal analysts say Humala and Heredia almost certainly committed crimes including money laundering if they hid the source of the money or spent any of the funds for personal use, as opposed to official Peruvian Nationalist Party business.

They also would have committed a crime if the amount of $3 million is proven given Peru’s donation limit of $71,000. Finally, prosecutors could seek bribery charges if they can prove the $3 million was paid in exchange for political favors, which could include the billions of dollars in public contracts Odebrecht won during Humala’s government, including the Southern Gas Pipeline.

Peruvian newspapers report that Humala and Heredia seem to be expecting to go to prison in the near term for financial crimes. The couple have designated Heredia’s sister a legal guardian of their children, which would allow her to take them out of the country unaccompanied by their parents.

Former President Alejandro Toledo has been a fugitive from justice since an arrest warrant was issued in February for allegedly accepting $20 million in bribes from Odebrecht. The case against Toledo is strong enough that a judge ordered 18 months of preventive jailing while he stand trial.

Given former President Alberto Fujimori is serving a 25-year sentence in prison for authorizing death squads, Peru would have three former presidents in prison if Humala is sentenced and Toledo returns to Peru to face trial.