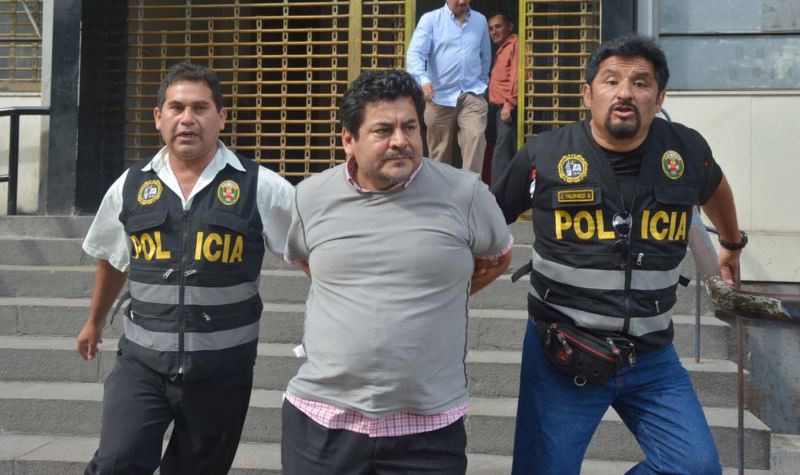 Police in Peru arrested one government official and filed an international arrest warrant for another based on information provided by Brazilian construction firm, Odebrecht.

Peru’s attorney general announced on Saturday that Odebrecht named officials to whom the company in 2009 paid over $7 million in bribes in order to win the contract to build the Metro de Lima light-rail line during the second government of President Alan Garcia. The two officials are the first to face corruption charges in expanding investigations into Odebrecht’s operations in Peru.

Authorities have arrested Edwin Luyo, an official who served on the government’s bidding commission, and issued an arrest warrant for deputy transportation minister Jorge Cuba. Peru’s immigrations office confirmed that Cuba has been in the United States since Dec. 24, three days after Odebrecht reached an agreement with the U.S. Department of Justice to cooperate with governments where it paid bribes.

“This means that attorney general’s office has enough information and the necessary evidence to be able to request a judge to order people arrested,” Transparency International’s Peru chapter president Jorge Ugaz told Andina. “This may be a sign that concrete action is beginning to be taken in what is clearly a corruption scandal.”

Luyo has said he will cooperate with investigations. El Comercio reports that he has not eaten any food in his jail cell out of fear of poisoning.

Odebrecht has admitted to paying $29 million in bribes between 2005 and 2014, a period spanning three presidencies during which the company won billions of dollars in rights to build public works. The investigation has frozen the construction of the Southern Gas Pipeline as banks hold back financing until Odebrecht bows out of the consortium contracted to build it.

Investigations into Odebrecht were prompted by Brazil’s massive Carwash corruption scandal, in which officials from Brazil’s state oil company Petrobras and other funneled billions to politicians in kickbacks. Investigators soon began looking into Odebrecht, a key Petrobras supplier, in probes which have already implicated former President Ollanta Humala and first lady Nadine Heredia.

Authorities have also frozen over $1 million in assets of Brazilian firm Camargo Correa, who Peruvian prosecutors allege paid over $90,000 to Israeli businessman Josef Maiman, a close adviser of former President Alejandro Toledo, who has been under investigation for alleged corruption for over two years. Investigators believe they have already found the Costa Rican shell company used to funnel the president money.

The Odebrecht and related Carwash scandals have shaken Peru’s political establishment as investigations threaten to jail high-ranking officials including two former presidents from each of the three governments since the fall of strongman President Alberto Fujimori, who some estimate to have looted public coffers for as much as $150 million.

Of each of those three political parties, only Alan Garcia’s APRA surpassed Peru’s electoral threshold in 2016 elections by seating the minimum of five congressmen. But the first arrests in the scandal are sure to erode the historic party’s support even further as Lima councilor and rising star Moises Rojas resigned from the party after the arrests were announced.