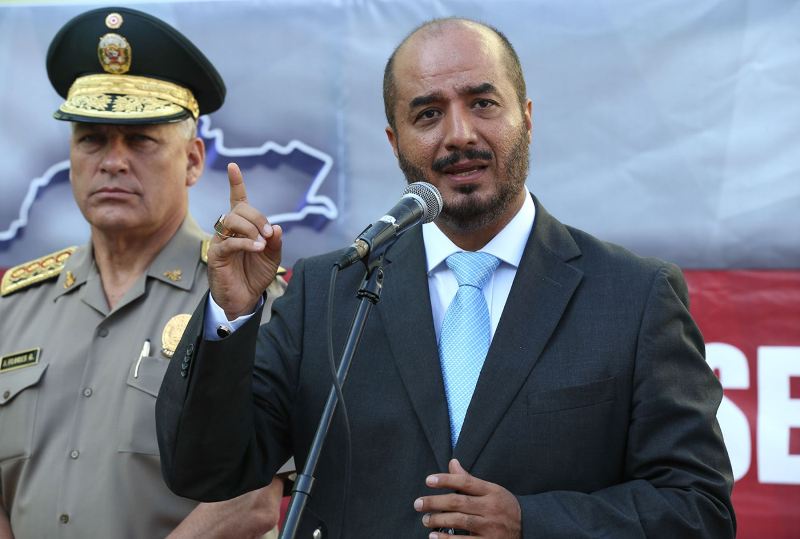 Peru’s national government has acknowledged police abuses of protesters against the Tia Maria copper mine in Arequipa.

After acknowledging excessive force in policing the demonstrations in Islay province, interior minister Jose Perez ordered the withdrawal of the DINOES special operations unit from Arequipa. The move comes after the admission that a protester killed Wednesday died from a bullet wound, the planting of a weapon on an unarmed protester and the assault of another protester by a group of police.

After an initial police statement on Wednesday that an elderly protester had suffered a severed artery caused by a broken bone, an autopsy confirmed the man died from loss of blood due to a bullet wound. “Amnesty International hopes that the death of Victoriano Huayna is investigated in a thorough, impartial and independent manner, and that those responsible are identified and brought to justice,” the organization published in a statement calling for a peaceful resolution to the conflict.

In a video uploaded to YouTube, a group of police are seen assaulting a protester in a field.

In another YouTube video, a special operations officer can been seeing putting a sharp piece of iron from a construction site into the fist of a detained protester as a photographer takes a picture. The video follows the police as they take the protester to a nearby pickup truck to transfer him to jail. The protester, who realizes what has happened, can be heard insisting the weapon was not his.

“I am outraged about this action, the police don’t work like that. This is an isolated incident. For me, this constitutes a crime,” said national police director Jorge Flores about the planted weapon. “An exhaustive investigation has been authorized, those responsible will be charged and a proper punishment imposed.

As the situation in Arequipa seems to slip out of control, mining and energy minister Rosa Ortiz called for dialogue and suggested the possibility of modifications to Southern Copper’s already approved environmental impact study.

“We consider the environmental study approved by the ministry to be correct, but if dialogue identifies a way to improve it with respect to environmental management, we will take it into account,” Ortiz said. She emphasized the need for “dispassionate dialogue in order to get results.”

After protest leader Jesus Cornejo was released from an Arequipa jail on Sunday, protest leaders promised to “radicalize” its opposition to Southern Copper’s $1.4 billion copper mine. Cornejo was jailed last week after prime minister Pedro Cateriano and members of his cabinet attempted to open a dialogue with local opposition in the Islay province, which have held an indefinite strike since March 23.