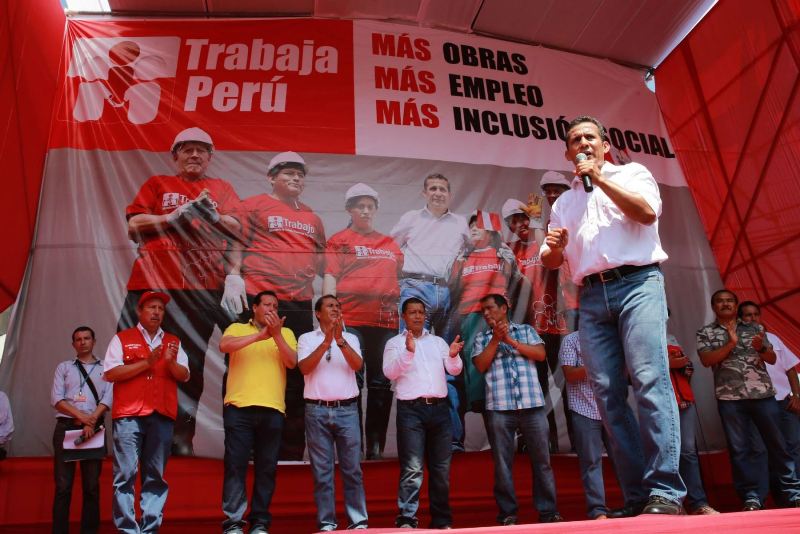 President Ollanta Humala will request congress for limited powers for his cabinet to rule by decree in enacting economic and law enforcement legislation.

Prime minister Pedro Cateriano signaled the request in his speech before a key confidence vote in which congress approved Humala’s new cabinet after the historic censure of former prime minister Ana Jara. Now that the cabinet is officially in place, Humala looks to gain legislative powers for his ministries to approve complementary measures to previously existing laws.

In a Labor Day speech made in a working-class district of Lima, Humala made the case for his government to receive expanded powers to advance the economy and fight rising crime in the difficult political environment of an election cycle.

“We believe the confidence vote for the cabinet should go with what would allow us to have the tools to be able to continue working, above all in an election season where some members of congress are taking positions ahead of candidacies,” Humala said in a speech. Humala added that Cateriano would formally submit the proposal for a vote in congress in the next few days.

“They think they’re on their way in. They want powers to promote investment, to increase sentences for drug trafficking, to deal with security issues and even dictate regulations to intervene in departments and municipalities. They are asking for this delegation of powers that, evidently, are not given in most cases,” said Popular Strength congresswoman Martha Chavez in an interview on Canal N. In addition to Keiko Fujimori’s Popular Strength coalition, members of congress from both Pedro Pablo Kuczynski’s and Alan Garcia’s coalitions have also signaled a reluctance to back decree powers.

Ruling party congressman and Humala’s former interior minister Fredy Otarola made headlines when he suggested yesterday that denying limited decree powers to a recently approved cabinet could legally qualify as a second vote of no confidence, which would allow the President to dissolve congress. After giving his Labor Day speech, Humala told reporters he did “not want to speculate about closing congress.” Labor minister Daniel Maurate told RPP that he spoke for Humala’s government in “dismissing any intention of the President to close congress.”

The decree powers would streamline Humala’s government ability to add new measures to existing laws. Some of those measures affected would be the finance ministry’s recent proposal to cut taxes to boost consumer spending, clearing roadblocks in boosting public spending on infrastructure, the justice ministry’s efforts to increase criminal penalties for drug trafficking and corruption as well as increasing spending on police equipment and salaries.