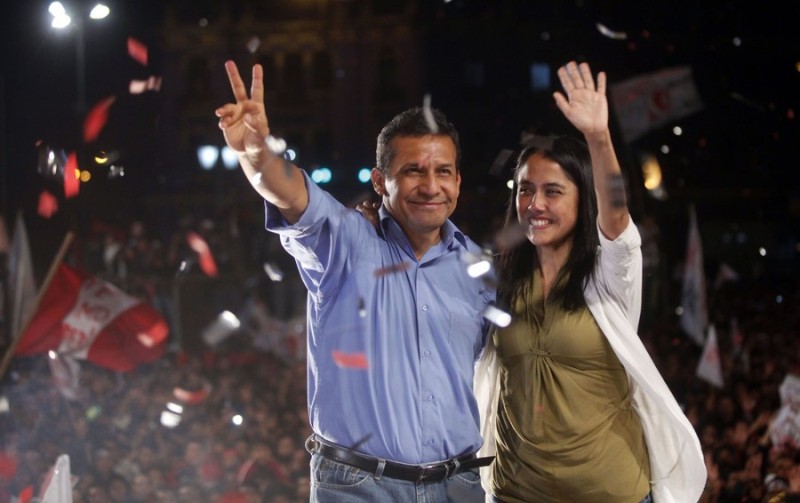 One of the two unidentified witnesses cooperating in exchange for leniency is believed to be Martin Belaunde, Humala’s campaign manager in the 2006 election.

“Ollanta proposed his government plan, telling Mr. Jorge Barata of Odebrecht that they did not have to fear the rumors circulating that he would implement a statist government in asking for financial support for the campaign,” reads the report written by prosecutor Ricardo Rojas. “[Humala] indicated that there would be no problem, and at the end of the conversation Jorge Barata offered him a sum of $400,000 for the campaign.”

Odebrecht won public contracts during Humala’s administration totaling $152 million, a marked increase from the governments of Alan Garcia and Alejandro Toledo. That figure does not include the $7.3 billion Southern Gas Pipeline project awarded last year to the consortium formed by Odebrecht and Spanish firm Enagas.

The witness said that Odebrecht representative Jorge Barata gave Belaunde a backpack full of cash, which Belaunde immediately delivered to Ilan Heredia, treasurer of the Nationalist Party and brother of first lady Nadine Heredia. The donation which was not recorded with Peru’s electoral board would exceed limits set by Peruvian campaign-finance law.

A second informant told corruption prosecutor Ricardo Rojas that Nadine Heredia partially concealed the source of the money with $55,000 consulting contracts from the Apoyo Total company.

The informants also told investigators that the Venezuelan government under Hugo Chavez delivered cash in cardboard boxes to Nadine Heredia’s home in Lima.

Both Odebrecht and Humala have denied the allegations. The Venezuelan embassy in Lima did not respond to requests for comment.

“Odebrecht did not make donations to the Nationalist Party campaign nor did it make payments to people close to the party,” said an Odebrecht company spokesman.

“That is false and I must categorically reject it,” Humala said in a television interview last night. “First they were boxes of milk, then backpacks. What there is here is a popular movement from which we have reported everything we received to ONPE. I reject that, again we are going on about Venezuela. It gives me peace of mind there is no complaint of our about our governance.”

A judge effectively closed Rojas’s investigations into Nadine Heredia for money laundering last month. However the documents reviewed by the judge did not include the witness statements made public last night or planner notebooks attributed to Heredia which feature entries alluding to million-dollar donations.