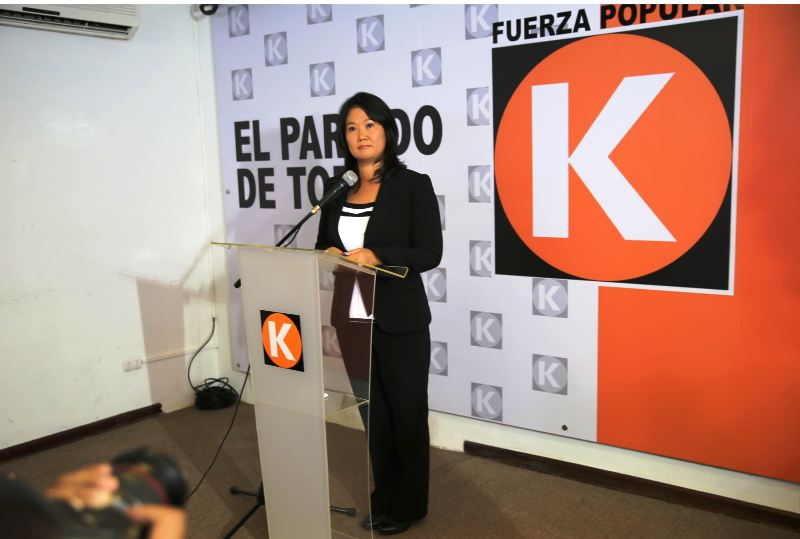 Rumors had circulated for weeks that Fujimori’s Popular Strength party was going through a factional debate on the future of the congressmen with closest ties to former President Alberto Fujimori. Analysts believe she is trying to distance herself from the jailed leader who some Peruvians see as a dictator but others consider to be the country’s savior from the economic crisis and terrorism of the 1980s.

In a press conference on Tuesday Fujimori confirmed the removal of 18 incumbent members of Congress, over half of Popular Strength’s 34 total congressmen, from the party ticket in 2016. Among those removed were high-profile political veterans including Martha Chavez, Luisa Cuculiza and Alejandro Aguinaga.

“I would like to express my deepest gratitude to each of them as well as the other 15 congressmen for their continued work,” Fujimori said. “I’m sure all the Fujimoristas will support this decision … It is not a break with the past, but a commitment to the future of our country.”

Martha Chavez, the most prominent defender of Alberto Fujimori, said last week she would leave the party if she were not approved to run for reelection in Congress. In an interview with RPP, however, Chavez said that after meeting with Alberto Fujimori in prison she decided to accept the decision.

“The strategic and fundamental objective is that Keiko Fujimori becomes president, the president that Peru needs,” Chavez said. “Fujimorismo goes beyond individuals. I understand the situation, and that people who lead a political organization must make these kinds of decisions.”

Analysts believe Fujimori is preparing to move to the political center in the likely case of a runoff vote against Pedro Pablo Kuczynski or Alan Garcia. Many believe her loss to President Ollanta Humala in 2011 elections stemmed from her father’s forced sterilizations scandal, which many of the hardliner politicians defended.

“Keiko Fujimori has been committed to reducing her negative approval,” said Ipsos pollster Alfredo Torres. “The reality is that she has achieved and increased her electoral support. All this is meant for the second round. She doesn’t have to do too much for the first round.”

Datum pollster Urpi Torrado says that purging the old guard will have a negligible effect on Fujimori’s negative poll numbers. He told Gestion that Peruvian voters do not see any political “distance” between her and her father. Torrado added that the greatest risk to the move toward the center is whether the veteran politicians will still campaign for the party in 2016.