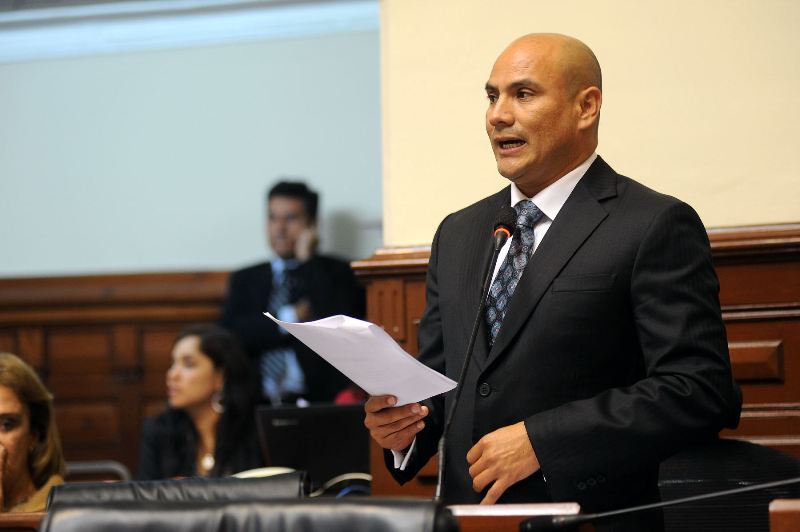 Popular Force chairman Joaquin Ramirez has resigned from the party after reports of a DEA investigation into alleged money laundering.

Ramirez’s resignation comes just three days after a groundbreaking report on Univision and America Television that the DEA was investigating the congressman for money laundering. The next day investigative journalism website Ojo Publico reported that the DEA’s ultimate target in investigating Ramirez is drug trafficker Miguel “Eteco” Arevalo.

“I won’t allow myself to be used as a tool for them to try to hurt you politically and thus prevent you from winning the presidential election,” Ramirez wrote in a resignation letter presented by Popular Force presidential candidate Keiko Fujimori at a campaign rally in Arequipa on Wednesday night.

Fujimori and her running mate Jose Chlimper had initially supported Ramirez publicly and denounced the allegations as a political “dirty war.” However the increasing scrutiny was ultimately too much to bear for a political campaign which is neck-and-neck with investor-favorite Pedro Pablo Kuczynski less than three weeks from the runoff vote.

Ramirez’s defense that he was targeted for being “an Indian with money” failed to ease concerns about the multimillionaire whose exact title, company or even industry were unknown.

An El Comercio article published on Wednesday showed that the former bus fare collector is an owner or partner in 19 companies in industries as far flung as real estate and construction, agricultural equipment, consulting, professional soccer, universities, marketing and advertising, import and export, information technology and gas stations.

The scrutiny from the DEA allegations also brought renewed attention to investigations within Peru which had largely gone unnoticed last year. Prosecutors identified Ramirez as a suspect for money laundering as early as September 2014. Investigations went as far as a request for authorization to review Ramirez’s bank records, which a judge denied last October due to his congressional immunity.

The story broke as crime is Peruvian voters top concern in 2016 elections, followed closely by corruption. Two-time former President Alan Garcia garnered less than 6% of the first-round vote due to what many attribute to the APRA party’s links to corruption and drug trafficking.

On Sunday America Television and Univision broadcast an interview with a Peruvian pilot and DEA informant who claimed to have given the DEA an audio recording of Ramirez saying that he had laundered $15 million for Keiko Fujimori in 2011 through his gas stations.

A DEA spokeswoman confirmed that there was a “delicate investigation.” An agency statement on Monday said that Keiko Fujimori was not being nor never had been investigated.