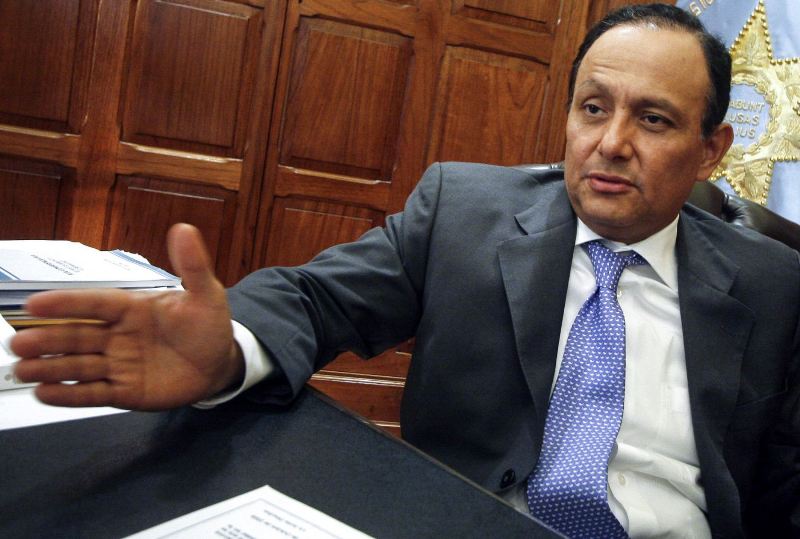 Beatriz Merino resigned as the country’s ombudsman on March 30, 2011, during the final months of former President Alan Garcia’s government. Citing Congress’s failure to reelect her to a second term for more than four months after the end of her five-year term, Merino was succeeded by deputy ombudsman Eduardo Vega on an interim basis.

Vega continued in that role for over five years as Congress remained deadlocked through the government of former President Ollanta Humala, whose Peruvian Nationalist Party battled in the legislature with Keiko Fujimori’s Popular Force for five years until the current Congress elected in 2016 elections assumed office on July 28.

Gutierrez, a former dean of the Lima bar association, received 94 votes for, 27 against and six abstentions after a debate which he did not attend since he was backed by Popular Force, which runs the legislative agenda with 73 of Congress’s 130 votes.

“I do not answer to any political party, none,” Gutierrez told Canal N in response to criticisms of his independence. “My commitment is to the people.”

Gutierrez’s candidacy was submitted by the center-left Popular Action party and backed by the APRA and Popular Force parties. But the three parties’ combined 83 votes were not enough to elect the ombudsman, which Peru’s constitution requires a two-thirds supermajority of 87 votes.

President Pedro Pablo Kuczynski’s Peruvians for Change party played kingmaker in joining the coalition in a preview of how the executive and legislative parties, controlled by Peruvians for Change and Popular Force respectively, may work together over the next five years.

But five Peruvians for Change congressmen abstained in what analysts have said is evidence of a division in the president’s party.

“A fundamental requirement in an ombudsman is autonomy, and I think Mr. Gutierrez lacks that,” Peruvians for Change congressman Guido Lombardi, a former journalist and three-term congressman who abstained, told El Comercio.

Peru’s ombudsman’s office discovered the forced sterilizations of rural women during Alberto Fujimori’s government, advocated for victims of human-rights violations by the military and in the Truth and Reconciliation Commission and defended Peru’s Prior Consultation for indigenous communities near extractive projects.

Gutierrez was sworn into the office on Wednesday.