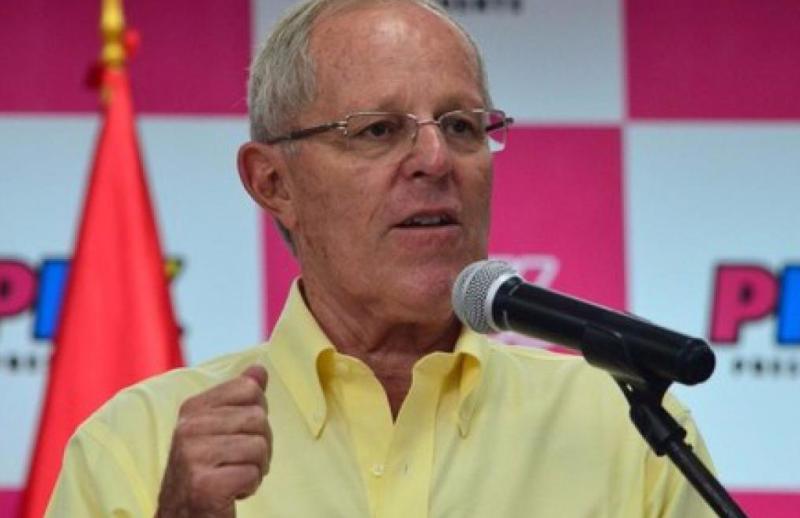 The former World Bank economist was expected to align with the Washington Consensus and the world’s leading financial institutions. But Kuczynski’s statements since winning the presidency by a thread on June 5 indicate that Peru will become an even closer ally to the United States and EU than it is currently.

“There are political prisoners [in Venezuela]. In the 21st century, we shouldn’t allow that in Latin America,” Kuczynski said on RPP on June 13. “It’s really facing a brutal crisis … We need an iron hand in a velvet glove.”

Critics say President Nicolas Maduro has violated Venezuela’s constitution by stripping the legislature’s power after the opposition won a supermajority in Congress. Ruling party officials say Venezuela’s government is the victim of an economic war led by business leaders backed by interests in the United States and Spain.

The Organization of American States (OAS) will convene on June 23 to debate whether to invoke its democratic charter against Venezuela. If the group rules that Venezuela has violated its democracy, the country will be temporarily removed from the organization. Membership in the hemisphere’s largest international body is a requirement for obtaining loans from many of the world’s lenders.

Most analysts believe the effort to invoke the charter does not have enough votes. Plus, the meeting will occur before Kuczynski takes office on July 28. However Kuczynski’s replacement of President Ollanta Humala is a marked departure from what has been a government characterized as business-friendly but a typically dovish neighbor in a region wary of foreign intervention.

Humala is likely to vote against invoking the charter against Venezuela given his close friendship with late President Hugo Chavez, who publicly endorsed Humala in the 2006 and 2011 elections. The president and first lady Nadine Heredia currently face an investigation for allegedly laundering money donated by Chavez’s government.

Just one week after Kuczynski’s comments on Venezuela, Reuters reported on Tuesday that the president-elect joked that he would sever ties with the United States if right-wing populist candidate Donald Trump won the presidential election this November.

“We’re going to grab a saw and cut them off!” Kuczynski told Reuters.

Kuczynski said that, when President Barack Obama called this week to congratulate him on the election, they spoke about the danger of a Trump presidency.

Trump has come out against free trade, including the recently negotiated but not yet ratified Trans-Pacific Partnership, the world’s largest free trade deal which counts both Peru and the United States among its 12 member countries. Trump has also been criticized for allegedly racist remarks against Latinos and Muslims.

Pedro Pablo Kuczynski defeated Keiko Fujimori by less than a quarter of a point in the June 5 runoff. He takes office on July 28.