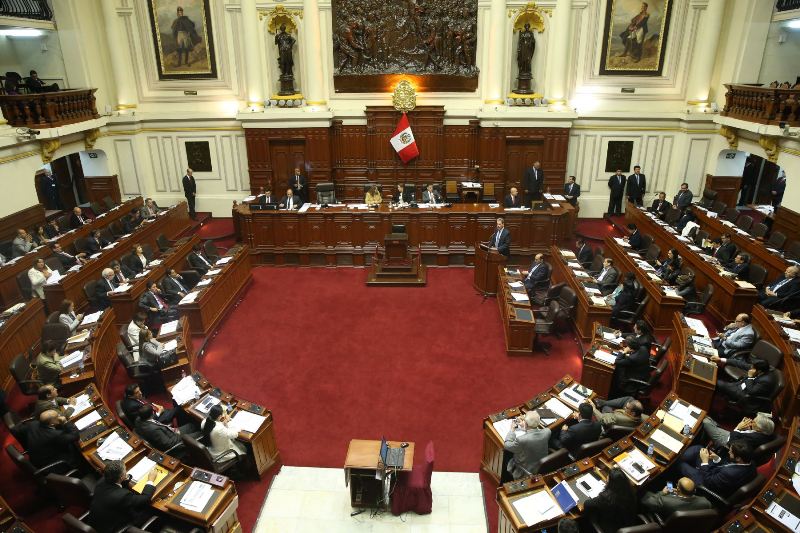 The legislature gave Kuczynski’s government 90 days, instead of the requested 120, to fast-track legislation in five areas including the economy, crime, corruption, expanding running-water service and reorganizing state oil firm Petroperu. Every government since the fall of Alberto Fujimori’s dictatorial regime has been granted decree powers to implement its policies at the beginning of its term.

“I think [90 days] will be enough,” finance minister Alfredo Thorne told Andina after the vote. “In our case, on the economic side, we have most of everything already prepared, although we need to refine some details. But I think we will get it done in 90 days.”

Among Thorne’s initiatives is a 1% cut in the national sales tax from 18% to 17%, which was opposed by Keiko Fujimori‘s Popular Force party which controls 72 of 130 votes in Congress. Thorne will hike the corporate tax rate to help pay for the tax cut.

While the government will enact its reduction in sales tax, it compromised in the duration of the decree powers, which it reduced from 120 to 90 days. It also removed from its agenda various initiatives to strengthen the government’s financial investigations into corruption, which Popular Force opposed.

The approved decree powers come three weeks after Cabinet chief Fernando Zavala submitted the request to Congress. Popular Force had each segment of the proposal evaluated by its respective congressional committee in a move some said was obstructionist.

Zavala said after the vote that the first 30 days will be focused on crime, voters’ top concern in 2016 elections, and the economy.

“A few economic matters, and above all security related issues, are well advanced. Some security issues will be ready in 30 days,” Zavala told RPP. He also touted successes of the reward scheme which pays citizens for information leading to criminal arrests and the recent reduction in the bloated higher ranks of the police force.

“I have to admit that Miguel Torres has handled [this] with great prudence,” Peruvians for Change spokesman Carlos Bruce told El Comercio after the vote, complimenting the Popular Force congressman who chairs the constitutional committee and led the argument to cut the decree powers to 90 days.

“And I’m sure your father would be very proud that his successor is becoming a great congressman,” Bruce added, referring to Torres’s father, Carlos Torres, who served as Cabinet chief under former President Alberto Fujimori.

At the same time, despite Veronika Mendoza’s endorsement of Kuczynski over Fujimori in the runoff campaign, the leftist Broad Front has emerged as the most consistent opposition party voting against the government and Popular Force-controlled Congress.