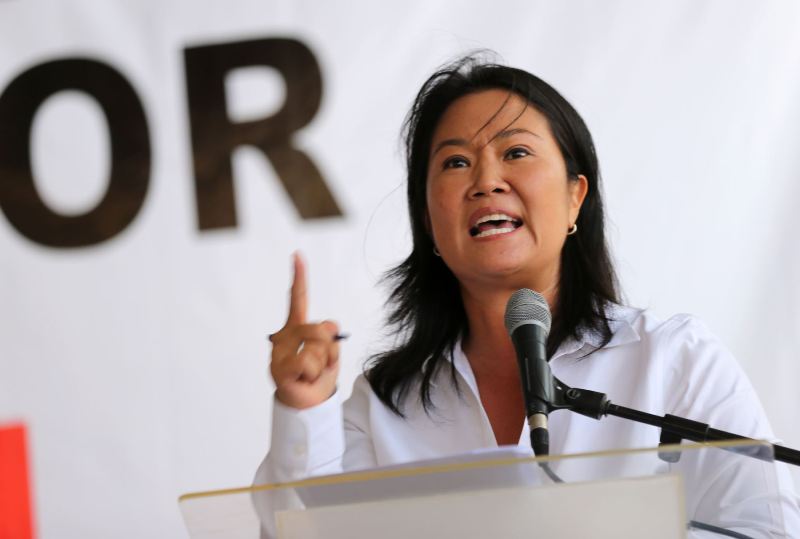 Keiko Fujimori has backed a series of populist proposals in her campaign to defeat Pedro Pablo Kuczynski in the second round of voting in Peru’s 2016 elections.

After Fujimori and Kuczynski qualified for the runoff in general elections on April 10, analysts speculated how far Kuczynski would move to the left to capture the almost 30% of Peruvians who voted for leftist candidates Veronika Mendoza, Alfredo Barnechea or Gregorio Santos. However Kuczynski dismissed a pivot as unnecessary, and it seems Fujimori has moved to fill the void.

While the measures Fujimori has backed in recent weeks do not all classify as liberal or conservative, the unifying theme is political expedience. While all of Peru’s candidates could be accused of pandering to win votes, the quantity of Fujimori’s new policies sets her apart from politics as usual in Peru.

Two weeks ago Fujimori vowed to repeal President Ollanta Humala’s reform to Peru’s police force which ended the “24×24” workweek. Most of Peru’s 32,000 police officers and their families preferred the system in which officers could sleep in the police stations for much of their shifts while taking jobs as security guards on their days off. But critics say that having other jobs encouraged corruption in the police force.

Fujimori has also vowed to repeal Humala’s initiative to register informal mining operations in Peru. Fujimori counters that two decrees which regulate key inputs for mining have not worked and that the process to register a formal mining business is too complicated.

“We are not looking to encourage or support illegal mining. On the contrary, we condemn it and we have asked that this formalization process respect the environment,” Fujimori told El Comercio. “We have realized that the process did not work. It turned its back on the people as it was designed by bureaucrats in a comfortable desk who do not know the reality.”

Critics allege that Fujimori has made agreements with Peru’s illegal mining industry, which by some measures accounts for more money than drug trafficking or counterfeiting. Efforts to reign in informal mining are unpopular in the rural south and especially Madre de Dios and Puno. Government officials accuse Fujimori of accepting deforestation of the Amazon jungle in exchange for votes.

Last week Fujimori reiterated her opposition to the Law of Civil Service, a labor reform for public employees which simplifies compensation schemes but is unpopular among government workers because it eliminates collective bargaining. Peru’s labor unions oppose the measure.

Fujimori expressed her support for former President Alan Garcia’s plan to use tax revenue paid by taxi drivers for gas be redirected to private pensions. This measure would affect more than 400,000 taxi drivers in Peru.

Fujimori seemed to backtrack her statements at Harvard University last year in which she expressed her support for civil unions, in what critics say is a ploy to attract Catholics and evangelical Christians.

Fujimori recently proposed the death penalty for those convicted of sexually abusing children under seven years old. Peru currently has no death penalty even for mass murderers.

“‘Every vote counts’ seems to be the new mantra for the Popular Force campaign, now that presidential candidate Keiko Fujimori is focusing attention on specific groups of voters through proposals that may be attractive to them,” reads an El Comercio editorial. “Those pockets of votes can make a difference in what currently seems to be a very tight race to the presidency.”

“I have no playbook and I don’t have to make changes,” Fujimori said at a campaign event in Lima. “Popular Force’s plan for Peru is clear and there is no room for amendments.”