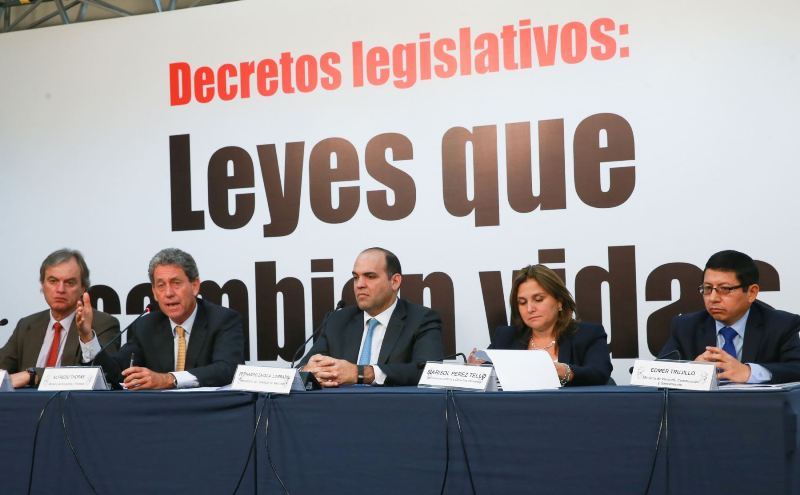 Cabinet chief Fernando Zavala initially estimated that the government would issue 58 new laws. The government had enacted almost double that number by the time the decree period expired on Jan. 7.

“Mission accomplished: 112 laws to grow, increase security, fight corruption, access to water and [remove red tape]. Thank you Congress and Cabinet,” Zavala tweeted. “We asked for decree powers in the areas where we need to advance. Today we feel we have the necessary tools to achieve a better Peru.”

But now legislators from Popular Force, the opposition party which controls 72 of Congress’s 130 votes, will scrutinize the laws and repeal any they deem to overreach. A congressional commission has been established to review each of the 112 laws.

“We will see if there are decrees which exceeded the decree powers,” Popular Force spokesman Luis Galarreta told El Comercio. “Not a single decree that will not go through this process. There must be an official report from the commission. There the decrees will be ratified, or they will be repealed partly or completely.”

“It is an interesting package that has some flaws that need to be corrected, but what I fear is that I have not seen a political strategy to convince their main audience, which is Congress, and the public,” El Comercio journalist Fernando Vivas said.

Vivas added, however, that Popular Force’s sacking of education minister Jaime Saavedra portrayed the party as “uncompromising, resentful and in bad faith … Now they want to appear like statesmen, like good technocrats.”

Some of the laws enacted include the creation of the Social Advancement Fund, which earmarks money for water, electricity and agricultural projects in rural areas with poor infrastructure.

Another decree reduces the national sales tax from 18% to 17%, a measure which could face opposition from Popular Force’s leading economic legislator, Miguel Torres.

Construction of the facilities which will host the 2019 Pan American Games in Lima were put under the control of the transportation and communications ministry, which is led by Vice President Martin Vizcarra. The event’s organization was originally under the education ministry.

Decrees aimed at reducing crime increased prison sentences for members of organized crime gangs and allows gang leaders to be charged as accomplices in crimes even if they were not present. Another law reorganizes Peru’s crowded prison system.

A “civil death” law prohibits any future government work for officials convicted of corruption crimes. Reducing government corruption was the second most important issue to voters in Peru’s 2016 elections, after reducing crime.