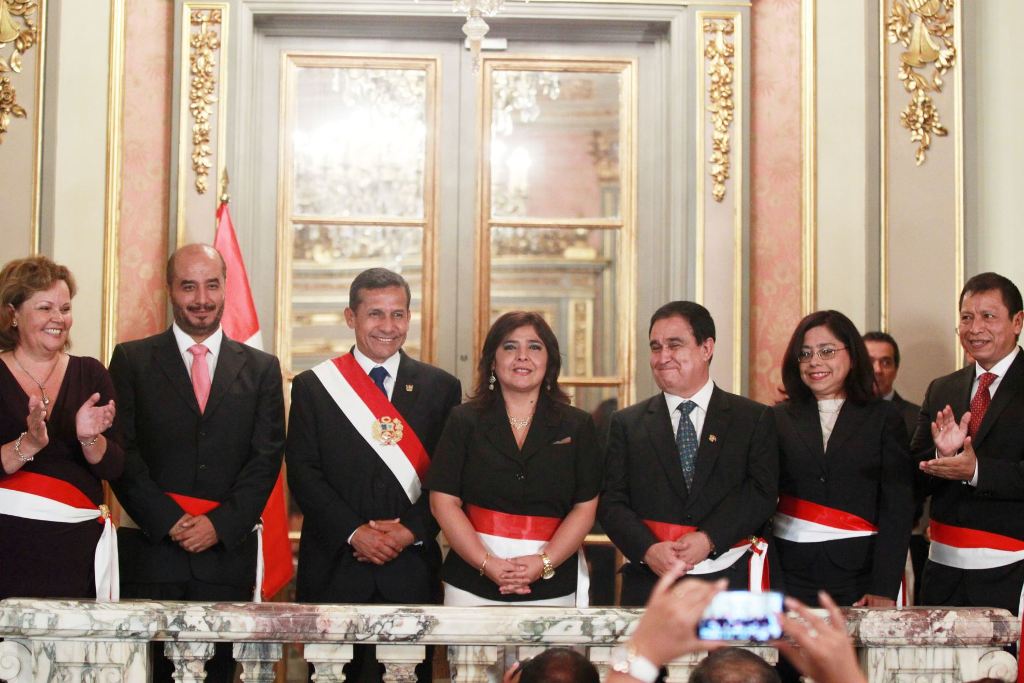 Justice Minister Daniel Figallo was embroiled in scandal over his handling of the political corruption case known as La Centralita. He was recorded in a phone conversation with anti-corruption prosecutor, Yeny Vilcatoma, allegedly trying to protect President Ollanta’s former campaign manager and current fugitive in Bolivia, Martin Belaunde. After the audio recording was played on Peruvian television, Figallo fired Vilcatoma.

Interior Minister Daniel Urresti had long irked the opposition due to his frequent Twitter scandals. But the recent Pichanaki protests, which resulted in one death and several injuries from the police response, as well as the recent revelation that the minister has 17 advisors comprising a S/. 150,000 monthly expenditure, culminated in his dismissal. Despite his public scandals and the fact that crime rates in Peru have risen since 2012, Urresti is considering running for president in 2016. He told reporters he would make a decision in the next two weeks.

Urresti will be replaced at the Interior Ministry by former head of the National Penitentiary Institute, Jose Perez.

In a move seen as an admission that mistakes were made in the handling of Pichanaki exploration by Argentine oil-and-gas firm, Pluspetrol, Humala replaced Energy and Mines Minister Eleodoro Mayorga with the former head of the National Service for Environmental Certification for Sustainable Investment (Senace), Rosa Ortiz.

Former congresswoman Carmen Omonte is vacating the Women and Vulnerable Populations Ministry almost a year after reports surfaced of her involvement in mining company, Cemento Amazonico. Peruvian law prohibits government officials from having interests in mining. Omonte held significant company stock and obtained state mining concessions for the company while a member of Congress. To add to her problems of impropriety, Omonte was accused last month of not providing social security and other benefits to her former household maid, who was eight months pregnant.

Omonte is replaced by Secretary General of the Presidency of Ministry Advisors and former Vice Minister of Women and Vulnerable Populations, Marcela Huaita.

Daniel Maurate, former Vice Minister of Labor and Job Training, will head up the Labor Ministry.

The Peru Wins political alliance, which includes the President’s Peruvian Nationalist Party, issued a statement saying that the government has met all the opposition’s demands for resignations in his cabinet. According to Peru Wins congressman Teofilo Gamarra, “In the future we hope there is no justification or excuse to avoid dialogue.” Gamarra added that Congress now needed to work together on the economy, security and education.

Ana Jara will remain the Prime Minister at the head of the cabinet.