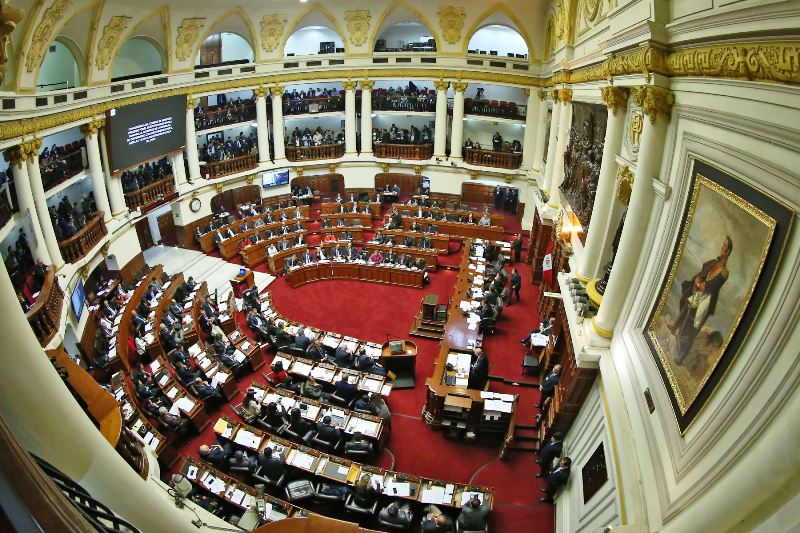 Peru’s Constitution requires each new government’s Cabinet chief to present its agenda to Congress within 30 days of assuming office. A congressional vote of no confidence would initiate the resignations of each Cabinet minister, requiring the president to form a new government.

Congress had never rejected an incoming government’s agenda since the current Constitution was enacted in 1993. But this is the first time that the president’s Peruvians for Change party controls such a small part of the legislature with just 18 of 130 seats. Congress is controlled by Popular Force, the party of Kuczynski’s runoff opponent Keiko Fujimori, which won 73 seats for 56% of the chamber’s votes.

After a contentious finish to the election which saw Fujimori’s party cast as one infiltrated by drug-trafficking and money-laundering interests, the stage was set for a possible no-confidence vote. But over two days of pressuring Cabinet chief Fernando Zavala over various issues, Popular Force ultimately endorsed the government in a vote which ended with 122 for, two against and one abstention.

“This is not necessarily a vote of support for the government. We will continue to be watchdogs,” Popular Force spokesman Luis Galarreta told Andina. “Congress will exercise real, democratic control and oversight with loyalty to the country and to democracy.”

Zavala began the two marathon sessions on Thursday with a comprehensive presentation which lasted more than two hours. By the time a vote was held Friday night, 118 congressmen spoke in two sessions lasting 21 hours and 40 minutes. But the result of the vote ultimately rested with the leaders of Popular Force.

The deciding factor was Zavala’s making a public pronouncement on the Ollanta Humala’s outgoing government. Humala defeated Fujimori in 2011 elections, and Popular Force voted in opposition to the Peruvian Nationalist Party in Congress for the last five years. During the 2016 campaign Popular Force leaders often accused Humala of undermining Fujimori and even allying with Kuczynski.

“I don’t want [Zavala] to cut Ollanta Humala down, just say what programs have no ground and what ministries have no budget,” Galarreta told El Comercio. He added that he wanted a detailed report on the financial state of each ministry when it was handed over.

“We cannot continue on autopilot,” Zavala told Congress in launching a critique of Humala’s government. “If you ask me to look in the rearview mirror, then we have found paralysis in many areas of government, which has often caused breaks in protocol, a severe neglect in administrative procedures and a marked weakness or carelessness in public administration.”

Zavala said “last-minute decisions” especially in Humala’s final year led to the appointment of 30 ambassadors who weren’t fully vetted. He also highlighted duplicity and waste in Peru’s health ministry, which he said expanded by a third while quality of service declined and public health benchmarks worsened.

In his debate slot, Peruvians for Change spokesman Carlos Bruce said that Humala’s government oversaw declining public and private investment in Peru. He vowed that his party would not engage in settling political scores, as he alleged Humala’s government did in a domestic spying scandal and smear campaigns.

“In trying to tackle everything at once, [Humala’s] government didn’t do very well,” Bruce told Congress. “They wasted five years of a government which had the highest tax revenues in history, and Peruvians’ quality of life did not improve. That’s an example this Cabinet will not follow.”

Interior minister Carlos Basombrio publicly apologized to Popular Force for depicting the party as corrupt during the runoff campaign. Basombrio said his criticisms were “demeaning,” “an offense” and an “unacceptable stereotype,” attributing his comments to the “heat of an intense and polarized campaign.”

The only three congressmen who did not vote for the Cabinet came from the leftist Broad Front party. Cusco congressman Edgar Ochoa and Puno representative Edilberto Curro voted against while Piura representative Hernando Cevallos abstained.

Glave was denouncing the Kuczynski government’s intention to continue Peru’s business-friendly economic model when Salgado cut off Glave’s microphone, announcing that the issue had seen enough debate and the Constitution required a vote within two sessions.

“Popular Force has demonstrated once again that Peru is first. Responsible opposition with political control,” Keiko Fujimori tweeted after the vote.