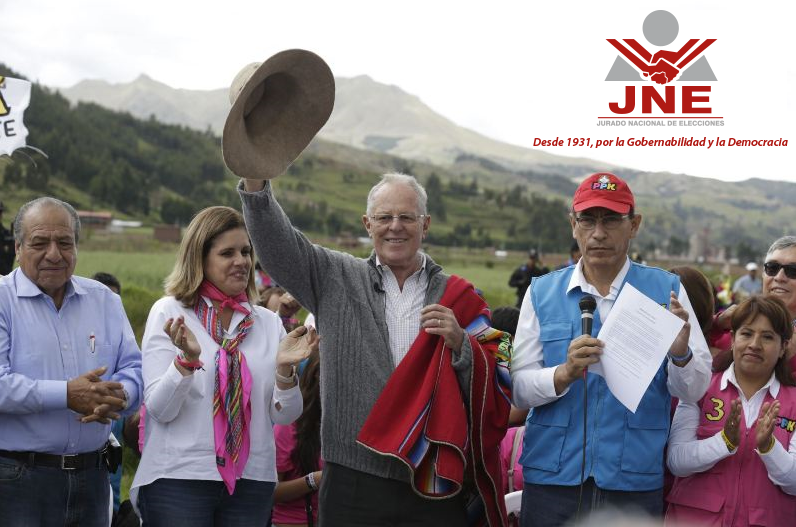 Peru’s elections board has lost significant credibility as it considers the disqualification of presidential candidate Pedro Pablo Kuczynski less than three weeks from 2016 elections.

The JNE elections board is reviewing a case of alleged vote buying at a Peruvians for Change campaign event in a rural highlands town of Junin state. In a video of the event, Kuczynski speaks from a stage just before the local congressional candidate announces 15 cases of free beer, liquor and coca leaves for the attendees.

“I was in Sapallanga, south of Huancayo, at an event two months ago,” Kuczynski said at a press conference. “I went to the podium to give a little speech, and then the emcee or the candidate for Congress said they were going to give away beer and liquor, and I immediately left. I gave away absolutely nothing.”

Kuczynski suggested that frontrunner Keiko Fujimori’s Popular Strength party was behind the move to bar him. Fujimori is in a similar exclusion review for attending a Popular Strength event in which winners of a break-dancing competition received cash prizes.

Fujimori and Kuczynski have been the top contenders for president according to opinion polls for more than a year. The JNE had already barred centrist economist Julio Guzman and former Trujillo mayor Cesar Acuña, who had each briefly polled as high as second place.

Given the similarity of the cases against Fujimori and Kuczynski, it is likely that either both or neither of them will be barred as opposed to just one or the other. In videos of each event, neither candidate mentions or delivers cash or gifts worth more than $6 in accordance with Peruvian law. However both events are clearly party-sponsored and party members both promise and deliver the gifts.

If the JNE bars both, the elections process will be undermined in the eyes of Peruvian voters who will be forced to choose among candidates who never registered more than single-digit support without disqualifying four top candidates. The new frontrunners would be Alfredo Barnechea and Veronika Mendoza, neither of whom garnered more than 5% of voter intentions before any of the disqualifications, followed by two-time former President Alan Garcia, who never saw a spike after either disqualification amid an increasing perception of corruption in his APRA party.

If the JNE does not bar either Fujimori or Kuczynski, the elections process will be perceived as rigged for establishment candidates. While Fujimori’s and Kuczynski’s parties are technically younger than those of Acuña and Guzman, the frontrunners count vast political entrenchment from the legacy of Fujimori’s father, former President Alberto Fujimori, and Kuczynski’s extensive experience as a Cabinet chief, finance minister and more.

Before the JNE opened a review of his own candidacy, Kuczynski had warned against barring Fujimori for the hip-hop event in Callao. “I hope they don’t [disqualify her] because the election would be over,” Kuczynski told Correo. “They can’t put in challenges with just three weeks to go before April 10.”

“The only thing certain today is that election authorities look incompetent at best and corrupt at worst, while the nation appears incapable of holding a free, fair and orderly election,” the ConsultAndes firm told Financial Times.

The JNE announced last week it would issue a decision on Fujimori’s candidacy by tonight.