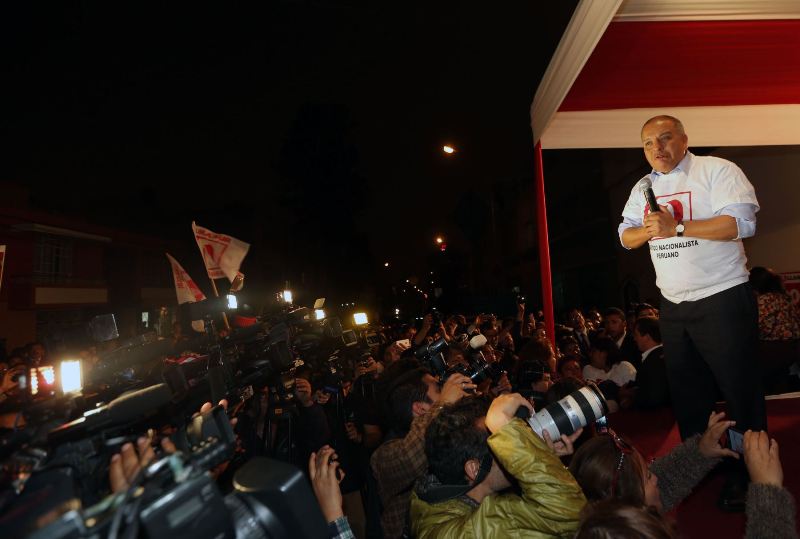 Peru’s former housing minister Milton von Hesse is going to end his presidential campaign in the latest sign of chaos in the Peruvian Nationalist Party.

Sources inside the Nationalist Party told El Comercio that von Hesse, who announced his candidacy less than six weeks ago to replace former interior minister Daniel Urresti, plans to end his campaign as soon as President Ollanta Humala returns from the COP21 conference in Paris.

“[Von Hesse] wants out because he doesn’t have support or a budget,” one source said, adding that “Party president [Nadine Heredia] does not want him to quit the campaign.”

Peru’s Nationalist Party is currently suffering its lowest support since being founded 10 years ago. While Peru’s economy is not in recession nor is the administration accused of historic, billion-dollar corruption schemes, Humala’s approval rating is similar to those of Venezuela President Nicolas Maduro and Brazil President Dilma Rousseff.

Both vice presidents and almost half of its members in Congress have resigned the party while corruption investigations increasingly implicate party leader and first lady Nadine Heredia for money laundering.

“If they need a candidate, I am willing,” said Daniel Urresti, who ended his campaign due to his murder trial for the 1981 killing of Caretas journalist Hugo Bustios. However several key witnesses have recanted statements incriminating Urresti. “I swear that if I had known that the witnesses were going to tell the truth, I would not have quit [the campaign].”

The party’s second option would be to enter an alliance with one of Peru’s leading presidential candidates in exchange for cabinet appointments. The governments of former Presidents Alejandro Toledo and Alan Garcia were similarly unpopular, prompting the Possible Peru and APRA parties not to put forward a candidate for president in 2006 and 2011 respectively.

Some observers have suggested the possibility of a Nationalist Party alliance with Toledo. The Possible Peru party supported Humala in the 2011 election runoff and two of its members received Cabinet positions in his government.

“Possible Peru is a democratic party which fought to recover democracy, and in politics anything can happen,” said Nationalist Party congressman and former labor minister Fredy Otarola. “But if you ask my personal opinion, I think we should go alone.”