Martial law has limited effect in reducing crime in Peru 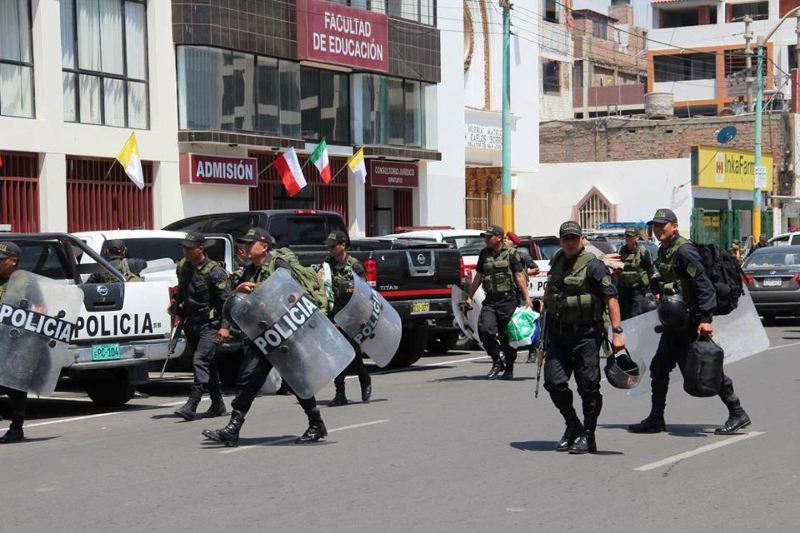 Peru’s declaration of emergencies in high-crime districts has not reduced crime in Callao or Chimbote.

Three presidential candidates have called for Peru’s military to patrol city streets as rising crime is the top issue for voters in 2016 elections. But a preliminary look at the effect of martial law shows that the measure has not reduced crime where it has already been tried.

Perhaps in response to the public calls for the military to support the police, President Ollanta Humala’s government has, in effect, enacted the measure by declaring legal states of emergency in both Callao, a province which makes up part of metropolitan Lima, as well as the Ancash provinces of Santa and Casma, the former of which includes the port city of Chimbote.

In both cases, the state of emergency restricts constitutional rights which allow police to stop and search whoever they want or even detain them without filing charges. So while martial law goes further than simple military patrols that politicians are calling for, crime did not significantly fall in either area.

While crime fell in December, Callao saw 15 murders in January. Maintaining that pace for all of 2016 would increase the murder rate by 20% from 2014 and double the 2011 figure. Meanwhile, a series of brazen murders during the state of emergency in Ancash highlighted the challenges facing the Chimbote region.

Local authorities in Chimbote and the Casma province have called for an extension of the emergency after prosecutors and district mayors received death threats. While martial law was extended in Callao to span a total of 90 days through February, the emergency in Ancash was allowed to expire today.

“In Callao there is a relaxed state of emergency,” a Callao detective told El Comercio. “They only suspended the constitutional right of inviolability of the home and the requirement of a warrant before arrest. There are no curfews. Another problem is that more intelligence work is needed. We do what we can, but it’s not enough.”

Steadily rising crime rates have pushed citizen security to the top of the political agenda in this election year. Frontrunner Keiko Fujimori, whose father is credited with restoring security in the 1990s, is seen as the best candidate to reduce crime. Former president Alan Garcia has the most to lose since his government pardoned or commuted the sentences of hundreds of drug traffickers from 2006 to 2011.