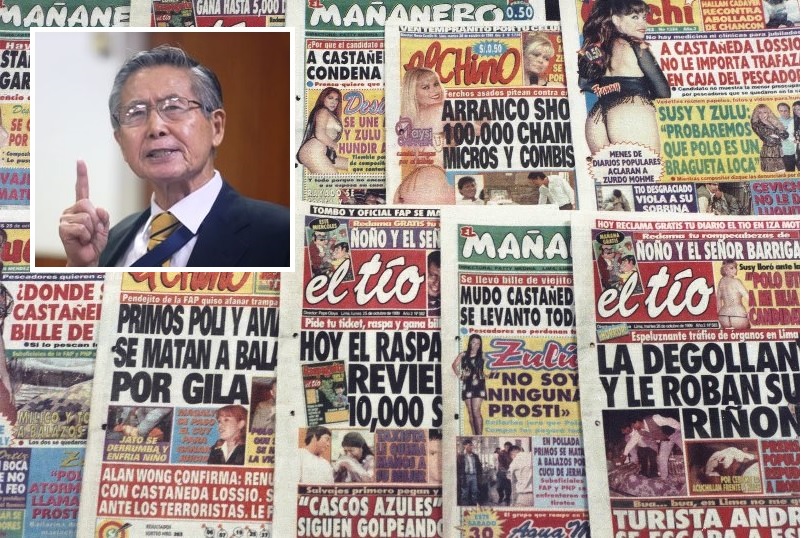 Peru’s supreme court has overturned a conviction for embezzlement against former President Alberto Fujimori in an infamous scandal of media appropriation.

The court annulled Fujimori’s three-year sentence in prison as well as a $1 million fine which he was given in 2015 for allegedly diverting $37 million from the military to tabloid newspapers in exchange for attacking his political opponents.

Chief justice Javier Villa ruled that Fujimori could not be guilty of embezzlement according to Peruvian law, which requires the accused to exercise control over public funds in order to meet the criminal threshold. Fujimori’s role as president did not directly manage the military budgets where money was diverted to pay for fake news stories.

Villa also pointed to videos in which Fujimori’s spy chief Vladimiro Montesinos told recipients of the bribes that the president did not know about the “chicha press” initiative.

“The president did not order the diversion of funds nor had any motive to do so,” William Paco, Fujimori’s attorney, told El Comercio. “Not one witness or any document says that Fujimori ordered those funds on his own. This judgment is a victory that Fujimori deserves.”

The decision was also applauded in Peru’s Congress, which is controlled by the Popular Force party of Fujimori’s daughter, Keiko Fujimori. Keiko Fujimori lost the presidential election to President Pedro Pablo Kuczynski by the closest margin in history.

“We respect judicial decisions. We receive it with happiness. We cannot forget that my father is deprived of his liberty for more than 10 years,” tweeted Kenji Fujimori, Alberto Fujimori’s son who received the most votes of any congressman in 2016 elections.

The judgment also attracted harsh criticism from the ample political sphere which views Fujimori’s government as a corrupt dictatorship.

“Justice is being undermined in Peru. This sentence makes the judiciary look bad,” former congressman Fernando Andrade told Andina. Andrade’s brother Alberto Andrade was a frequent target of the tabloid attacks as the mayor of Lima at the time.

“What Mr. Villa Stein is doing with this sentence seems very dangerous for the fight against corruption in the country,” Broad Front spokeswoman Marisa Glave told El Comercio. “He is telling the country’s mayors, governors and future presidents of Peru that, since they are not direct fund managers can redirect funds to buy the press and go unpunished.”

Fujimori will not be released following the ruling. The former president is serving 25 years for crimes against humanity and corruption, due for release in 2032.

But the former president enjoys widespread support and his daughter’s political party controls Congress with 56% of the chamber’s seats. President Kuczynski has said that, if Congress sends him a bill, he would sign a law allowing elderly prisoners to serve the last years of their sentences under house arrest.

Part of Fujimori’s presidential legacy was the appropriation of the media via the “chicha press,” tabloid newspapers featuring bikini-clad models and grisly crime headlines marketed to readers with little education. Vladimiro Montesinos was also convicted for embezzlement in paying for stories critical of Alberto Andrade, Luis Castañeda and Alejandro Toledo.