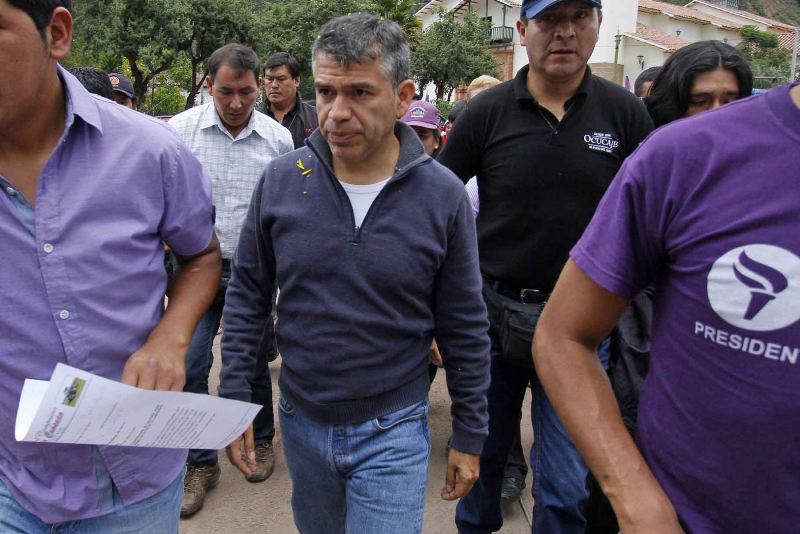 Peru’s electoral board has overruled an earlier resolution which allowed presidential candidate Julio Guzman on the ballot in 2016 elections.

The National Elections Board (JNE) first barred Guzman on Feb. 15 for various procedural technicalities the Everybody for Peru political party did not complete in selecting Guzman as its presidential candidate. On Feb. 24, the JEE special elections tribunal, a division of the JNE, accepted party documentation of an internal democratic procedure, clearing the way for Guzman’s candidacy.

Since the Feb. 24 decision, political rivals and others filed 11 objections to the JEE decision in an attempt to remove Guzman from the ballot again. On Friday the JEE ruled that the objections were founded and that Guzman was ineligible to run for president of Peru in 2016.

The JEE resolution published on Friday ruled in favor of the objections raised against the Feb. 24 decision, citing internal irregularities at the Everybody for Peru political party. The objections focus on the party’s violating its own procedural rules in selecting Guzman as its candidate.

The party did not give party members nationwide enough notice for an extraordinary assembly in which the party’s statutes governing the national committee would be amended. The assembly held on Oct. 10 did not have enough party leaders registered with electoral authority to make quorum.

Guzman and the Everybody for Peru party have until Monday to appeal the resolution.

“We are going to ask the courts to intervene through a protective action against this flagrant violation of our fundamental rights,” Guzman said after the JEE decision. “This is a message from the corrupt system that wants to cling to power and has no shame in using all possible way to do so. This is a blow to democracy and a fraud in advance.”

Guzman also said he would lead a series of public marches throughout Lima to protest the JEE decision. Supporters gathers in downtown Lima’s Plaza San Martin, where there was already a protest in progress to demand Lima mayor Luis Castañeda grant title to residents of informal land. The latter protest group briefly clashed with Guzman’s supporters, accusing them of taking advantage of their own presence.

“This shows [Guzman] can’t keep calm,” former President Alan Garcia said on Canal N. “It’s a little childish to blame others for the improvisation, disorder and confusion at his party and in the registration … Such a decision does not put the election or democracy in Peru in danger.”

The JEE’s announcement of its ruling in favor of objections against Guzman’s candidacy came on the same day the body disqualified presidential candidate Cesar Acuña for vote buying.

A recent Ipsos poll showed second-place candidate Guzman in a virtual tie with frontrunner Keiko Fujimori in a runoff. If Guzman and Acuña are kept out, the presidential election scheduled just five weeks away takes a completely new look. While Pedro Pablo Kuczynski and Alan Garcia remain the closest challengers, rising leftist candidates Veronika Mendoza and Alfredo Barnechea suddenly rank among the top five contenders with less than 5% of voter intentions each.